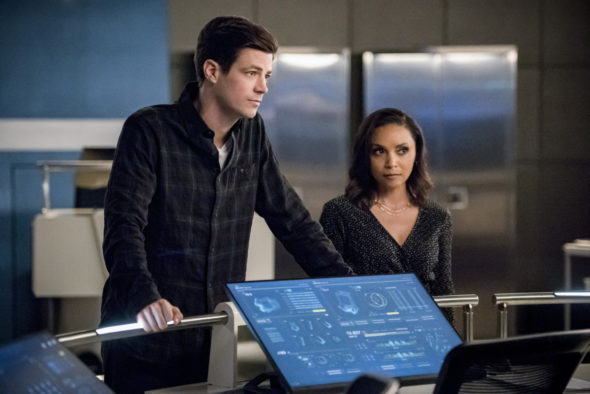 The Flash might be around longer than just season seven, according to Grant Gustin. The actor revealed in a recent podcast, hosted by Michael Rosenbaum, that talks had begun for seasons eight and nine just before the production shutdown forced by coronavirus.

Per TV Line, season seven is the last year of Gustin’s current contract. He said the following about the series returning to production:

The Flash was renewed for a seventh season in January. Season six is currently getting ready to wrap on The CW.

What do you think? Would you watch The Flash through season nine?

I hope they’ll turn Episodes 20-22 into Episodes 1-3 for season seven.

I love this show. It would be absolutely brilliant if there was an 8, 9 or even a 10 season. It is for me the best series on CW. ❤️

I love this show. It would be absolutely awesome if there was an 8, 9 or even a 10 season. It is for me the best series on CW. ❤️

I would watch season s 8 n 9 and more. This is a very good show, love all the characters, far better than Arrow. Arrow was good first 4 seasons, then started going downhill. I loved Arrow, but grew bored with it, however, I haven’t missed any episodes of Flash. Still enjoyable. Keep up the good work. Love Caitlyn n Cisco, even Nash. Ralph has turned better, didn’t care for him at first, but now I dont mind him.

I will watch until it ends show very good