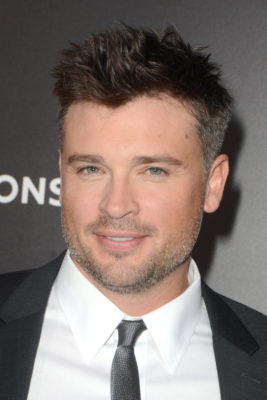 Is Tom Welling returning to The CW? ComicBook.com reports the Smallville star is interested in appearing on The Flash.

Welling played Clark Kent, aka Superman, on the WB/CW series Smallville for 10 seasons before it ended in 2011. Most recently, Welling joined the cast of the FOX TV show Lucifer.

According to ComicBook.com, Welling would like to appear on The Flash if The CW asks him:

I am willing to go on The Flash and I have a few ideas on how it can happen if the network asks me. In fact, I think I can make it happen.”

Season four of The Flash premieres on The CW on October 10th at 8 p.m. ET/PT.

What do you think? Are you a fan of Smallville? Would you like Tom Welling to appear on The Flash?

YES that would be terrific of having Tom Welling on The Flash this Season 4 or Season 5 of course it’s the WB/CW Television Network executives/executives producers and directors also the cast/crew to choose/decide about having Tom on it, but He’s also great on this Season 3 of Lucifer I always felt/thought Tom’s terrific in everything He does especially playing Clark Kent/Superman on Smallville!

Yes I think it would help the ratings.

He could play Earth-1 version of Clark Kent/Superman.

Tom Welling had his day, it’s 7 years since he played Superman, he’s 40 and let’s face it he’s not worn well. I’m sure he’ll do well in Lucifer but as Superman, no. He ought to stop whining and accept that you can’t turn back the clock, move on. There’s only one TV Superman, Tyler Hoechlin to suggest otherwise is ridiculous, many fans would like to see him as the ONLY Superman !

“It’s not for you decide. He’s not old. Ben Affleck is 45 yrs old and he’s Batman.
Tom Welling would be an awesome mature Superman.

I loved him in Smallville, and excited to see him in Lucifer, but I don’t watch the Flash, but I do watch Supergirl, would have loved to see him as Superman on that show..

Last time I checked, Tom welling let himself go slightly. I may be mistaking,….am I mistaking?

He’s 40 and looks it, not as trim and taut as he was. Still ok but no longer Superman.

Yes I love dc comics and marvel comics everything with superhero have not seen in 7 yrs since smallville end which is old classic show. i can’t wait Garry Grant meet Tom Welling going be best premiere ever.