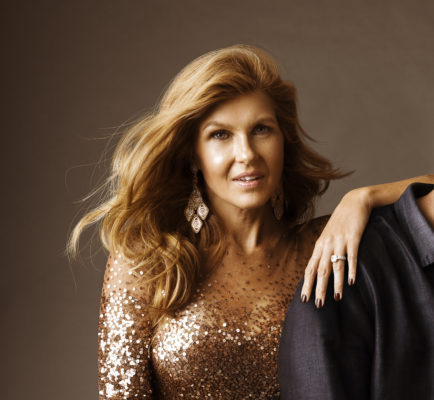 From Murphy and Brad Falchuk, the drama “explores the high-pressure experiences of police, paramedics and firefighters who are thrust into the most frightening, shocking and heart-stopping situations.” The cast also includes Angela Bassett and Peter Krause.

Britton joins previously announced Academy and Emmy Award nominee Angela Bassett (“American Horror Story,” “What’s Love Got to Do with It”) and Emmy Award and Golden Globe nominee Peter Krause (“The Catch,” “Six Feet Under”). The role reunites Britton with Murphy, who worked together on “The People v. OJ Simpson: American Crime Story.” She also worked with Murphy and Falchuk in the first installment of “American Horror Story.”

9-1-1 explores the high-pressure experiences of police, paramedics and firefighters who are thrust into the most frightening, shocking and heart-stopping situations. These emergency responders must try to balance saving those who are at their most vulnerable with solving the problems in their own lives.

Four-time Emmy Award-nominated Connie Britton will next be seen in the cable comedy “SMILF,” premiering in November. She is perhaps best known for her Emmy Award-nominated starring roles on “Nashville” and “Friday Night Lights.” She also earned an Emmy Award nomination for her role in the first installment of “American Horror Story.” Additional television credits include “Spin City,” “24” and “The West Wing.”

Britton recently completed production on “Land of Steady Habits,” based on the debut novel from Ted Thompson, written and directed by Nicole Holofcener. She also is featured in “Professor Marston & The Wonder Woman,” a biographical film that details the true story of the Harvard psychologist and inventor who created “Wonder Woman,” which premiered at the 2017 Toronto International Film Festival. Her recent film credits include “Beatriz at Dinner,” “Me & Earl & the Dying Girl,” “This Is Where I Leave You,” “The To-Do List,” “Seeking A Friend For The End Of The World” and “American Ultra.”

In April 2014, Britton was appointed as a Goodwill Ambassador for the United Nations Development Programme. In this role, she raises awareness of UNDP’s work in poverty eradication and women’s empowerment, advocating to the American and global public.

What do you think? Are you a fan of Connie Britton’s work? Will you watch 9-1-1?

I loved her in Friday Night Lights and Nashville, can’t wait to see what she does now..