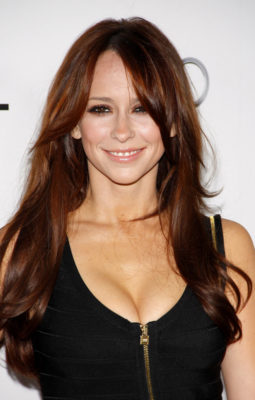 Inspired by real-life experiences, the drama centers on the police officers, firefighters, and paramedics who risk their lives to save others. The cast also includes Angela Bassett, Peter Krause, Oliver Stark, Aisha Hinds, Kenneth Choi, and Rockmond Dunbar.

On 9-1-1, Hewitt will play “Maddie, the sister of firefighter Evan “Buck” Buckley (Oliver Stark), who is starting her life over as a 911 operator.” Season two is set to premiere this fall on FOX.

As reported earlier, Britton only signed a one-season contract for 9-1-1. She will next star in Bravo’s upcoming series Dear John.

I like the show a lot. Not sure about Connie’s replacement, but time will tell

I love this show and I loved Connie Britton in it. Jennifer Love Hewitt is a very good actress as well. I always enjoyed her in “Ghost Whisperer”, so look forward to it.

I love this show and I will miss Connie she was great, I just hope Jennifer Hewitt will be as good and I would rather she took on a different 911 character and not take over Connie’s spot incase there is room for her to come back.

So sorry Connie Britton left, but the storyline with Mariette Hartley is over- (heartbreaking). It made the show a bit more complex. I did not buy the storyline with the young EMT. She always is the glue to a show.
Looking for the return of the show

I will definitely be watching Season 2 ….I
absolutely love 911 its the best show on FOX..I will be looking forward to watching this show every week…It is very well written and I love the cast,  especially Oliver Stark…Just when I thought he couldn’t be any hotter.. He’s BRITISH!!

Yes, I will definitely watch. I love 911

Connie Britton’s character was easily the weakest on the show, so it will improve it’s story telling.

Agreed, she’s an “ok” actress at best and she can’t seem to commit or stay on any series for it’s entirety. She jumped ship on Nashville 5 seasons in to get on 911 for only 1 season only now to get on this “Dear John” show – lets see how long she stays on that if it even gets renewed for a second season