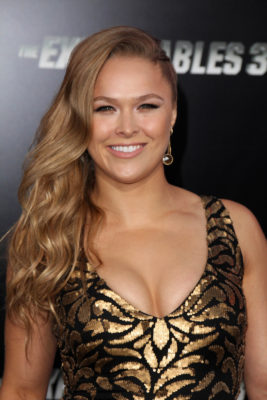 The drama series centers on the police officers, firefighters, and paramedics who risk their lives to save others. The cast includes Angela Bassett, Peter Krause, Jennifer Love-Hewitt, Oliver Stark, Aisha Hinds, Kenneth Choi, and Rockmond Dunbar.

On 9-1-1, Rousey will be playing “Lena Bosko, a stoic and fearless member of the Los Angeles Fire Department Station 136 who leaps into action to save lives when a disaster hits.” The show’s third season centers on the aftermath of a major tsunami in Santa Monica.

What do you think? Do you watch 9-1-1? Are you excited for season three?

OMG! I LOVE 911! Can’t wait for their new season to start. Love everyone in their line-up of awesome talent. They always leave me in tears. Blessings to all!

I’m am so excited for 911 to return. As always the trailer looks amazing. The characters are great. I really enjoy this program.

Can’t wait for this season

Love this show! Great heart warming episodes. Love the actors. Please always keep it this way. Hope this doesn’t off the air like every show I like.

Yes happy its coming back and the resident too

Fox has a real winner here. When they added 911 and the Resident these were the best shows fox has added in
Added in a long time. Both of these shows are great and I wouldn’t miss watching them for the world.

One of the better shows on T V. Hope it has as long run.