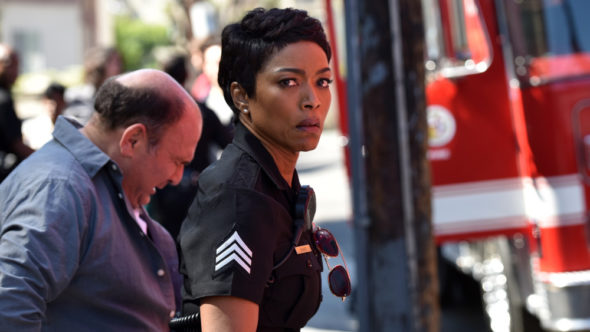 Are you a fan of 9-1-1? FOX just released a new teaser for the TV show’s season two return in March.

Check out FOX’s recap of the season’s first half below:

We love 911 show, every time you get a good show on it seems to be cancelled. We love the characters, the story’s, and the fun they have on the show. Please do not cancel the show.!!!!!
Next to Blue Bloods this is our favorite show. I just deleted the whole series of Empire and I think you know why 🙂 we will never watch it again. Sincerely & truthfully yours…..

Love the show, but “What happened to your bracelet?” Reply It musta fell off.” Come on writers
yoi’re Better than that!!!!!!!!!!!

Watching the “spring premier” of 911…stupid shark story! Keep up stupid stories like that and you will be canceled for sure!

These Mid season breaks make the show totally disjointed, especially, if there is only a couple (one!?) episode left! not cool network!

I Love this show hope it will continue for several seasons

Yes, this is a awesome show, please do not cancelled this show