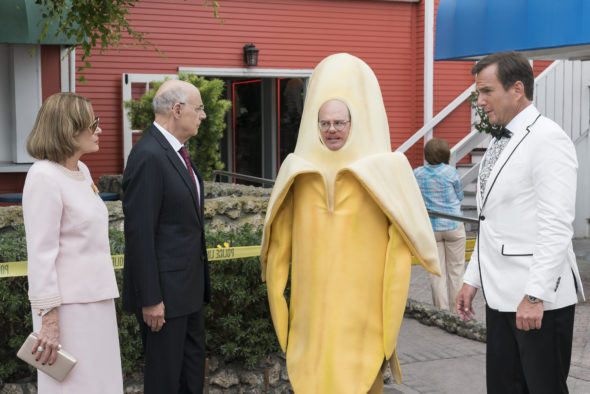 What are the Bluths up to now? Netflix just released new key art for the season five return of Arrested Development.

Season 5B of Arrested Development premieres on Netflix on March 15th. 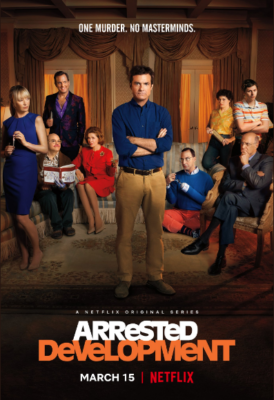 Buster’s on the run, no one has seen Lucille 2, and the wall is still unfunded. Catch up on the Bluth drama March 15 when all eight episodes of Season 5, Part Two launches on Netflix.

In the second half of Arrested Development’s fifth season, pressures mount on the Bluth family as Buster heads toward a murder trial. The Bluth company is on the hook to build a ‘smart’ border wall that puts them in debt and risks exposing a software hoax perpetrated by George-Michael. Soon the gay mafia is involved and it appears that even Michael can’t save the family this time. And Tobias becomes a Golden Girl.”

What do you think? Are you a fan of Arrested Development? Do you think the series should continue or end?

Great entertainment……great stories……extremely well scripted and performed….Crossed fingers that it stays around for us to enjoy……….