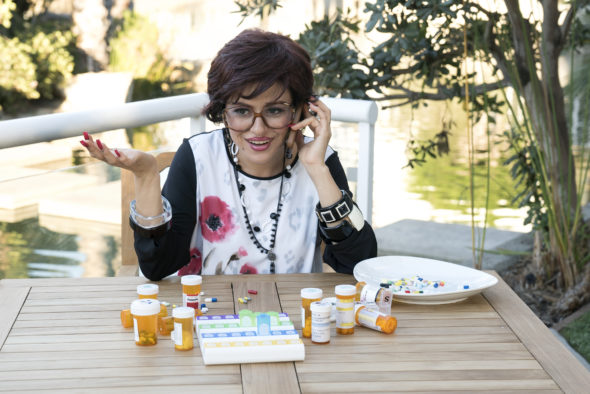 Is the Bluth family permanently out of luck? Has the Arrested Development TV show been cancelled or renewed for a sixth season on Netflix? The television vulture is watching all the latest TV cancellation and renewal news, so this page is the place to track the status of Arrested Development, season six. Bookmark it, or subscribe for the latest updates. Remember, the television vulture is watching your shows. Are you?

A Netflix revival of the comedy which ran on FOX, for its first three seasons, Arrested Development stars Jessica Walter, Alia Shawkat, Portia de Rossi, Jason Bateman, Michael Cera, Will Arnett, Tony Hale, David Cross, and Jeffrey Tambor, with Ron Howard narrating. The single-cam sitcom follows the formerly rich, always self-involved and dysfunctional Bluth family. In season five, the Bluths are up for a family of the year award — one they’re giving to themselves. Meanwhile, Lindsey (de Rossi) is running for Congress.

Unless they decide to publicize viewership, it is difficult to predict whether Netflix will cancel or renew Arrested Development for season six. Considering Tambor was written out of Amazon’s Transparent, due to sexual misconduct allegations, and Walter’s recent statement that Tambor had been previously verbally harsh with her on the Arrested Development set, don’t be surprised if this is the last season. It may be difficult to tell, too. Five years passed between the Netflix release of seasons four and five.

There’s no word that Arrested Development will be cancelled, but the Netflix revival has always seemed like something of a labor of love for the cast and crew. David Cross says that he believes that the show is over, at least for now. I’ll keep an eye on the trades and press releases and will update this page with breaking developments. Subscribe for free Arrested Development cancellation or renewal alerts.

11/19/20 update: Arrested Development has been cancelled.

What do you think? Were you hoping the Arrested Development TV show would be renewed for a sixth season?

Just not enough comedies that are as well written and casted such as this. I feel it was never given the credit or appreciation it deserves.

Please renew Arrested Development. It’s a hilarious show and the cast members have good chemistry with each other 🙂

Sadly, I don’t see another season. The last episode of Season 5 is very much a last episode.

I love this show. Please give me more. TBH – it’s Buster’s Hand… no it’s the Kissing Cousins… NO it’s the naughty in your face tone… NO, where’s Lindsay? Where’s Wonder? Where’s Bob Loblaw? Can we get anymore “No Touching”? Where’s Lucille 2 (granted I’m still mid Season 5)? I love the who-knows-what’s-gonna-happen-plot? And can we please give Tobias a happy ending (even if it’s quirky and the “masses” might turn their cheek) but I think he deserves a spotlight? Maybe make him win the lottery and and he buys an island (that’s just way too small, but he’s happy…… Read more »