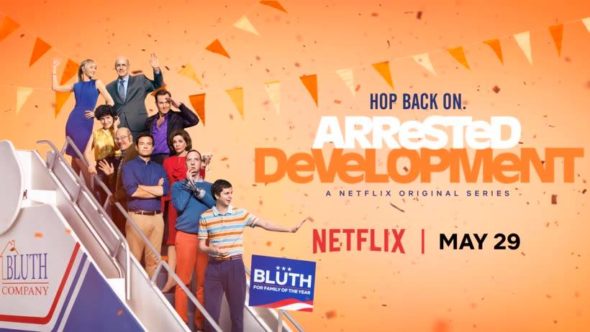 Are the Bluths better or worse than ever, during the fifth season of the Arrested Development TV show on Netflix? Nielsen ratings typically play a big role in determining whether TV shows like Arrested Development will be cancelled or renewed for season six. Netflix and other streaming platforms, however, collect their own data. If you’ve been watching this TV series, we’d love to know how you feel about the Arrested Development season five episodes. We invite you to rate them for us here.  *Status Update Below.

*11/19/20 update: Arrested Development has been cancelled.