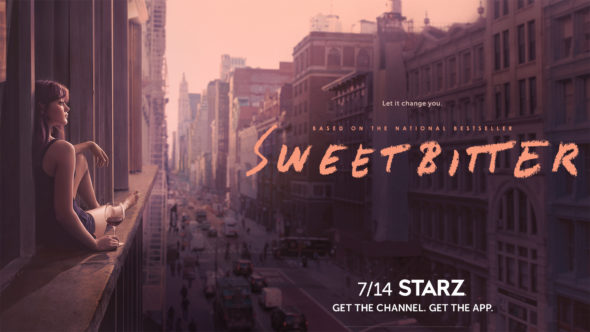 Does the second season of the Sweetbitter TV show on Starz make you crave more? As we all know, the Nielsen ratings typically play a big role in determining whether a TV show like Sweetbitter is cancelled or renewed for season three. Unfortunately, most of us do not live in Nielsen households. Because many viewers feel frustration when their viewing habits and opinions aren’t considered, we’d like to offer you the chance to rate all of the Sweetbitter season two episodes here. *Status update below.

What do you think? Which season two episodes of the Sweetbitter TV series do you rate as wonderful, terrible, or somewhere between? Should Starz cancel or renew Sweetbitter for a third season? Don’t forget to vote, and share your thoughts, below.

I would appreciate a season 3 very much.I am intrigued by the character’s and love the escapism in watching things unfold through Tess’s eyes.

Sweetbitter was a show that I watched by accident, but then became obsessed with it. The characters are well developed, and I am enjoying getting to know them all more intimately as the storyline progresses. It is all very compelling. I find myself watching and rewatching episodes in anticipation of the next one.