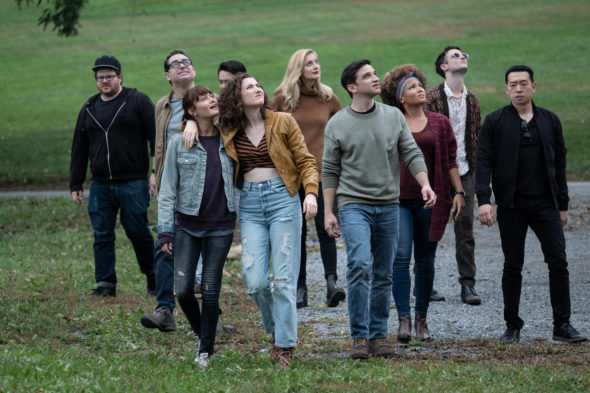 Is Tess still making a go of it in NYC? Has the Sweetbitter TV show been cancelled or renewed for a third season on Starz? The television vulture is watching all the latest cancellation and renewal news, so this page is the place to track the status of Sweetbitter, season three. Bookmark it, or subscribe for the latest updates. Remember, the television vulture is watching your shows. Are you?

The second season of Sweetbitter averaged a 0.03 rating in the 18-49 demographic and 93,000 viewers. Compared to season one, that’s down by 54% and 44%, respectively. Learn how Sweetbitter stacks up against other Starz TV shows.

Will Starz cancel or renew Sweetbitter for season three?  The ratings for the first season were pretty low but grew throughout the season. That’s rare and could have saved the series. The ratings are way down in season two but I’m not convinced the series will be cancelled just yet. I’ll update this page with breaking developments. Subscribe for free Sweetbitter cancellation or renewal alerts.

What do you think? Should the Sweetbitter TV show have been renewed for a third season? Are you sorry that Starz cancelled this TV series, instead?

Such a shame to see this interesting series leave as fast as it came. Sexy, great acting, adult enough to interest people older than 22. Paul Sparks is so creepy good .