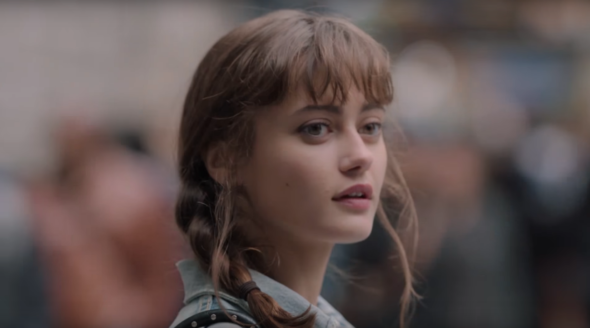 Starz is ready to spend summer in the city. The network just released the premiere date and key art for season two of Sweetbitter.

Based on the novel by Stephanie Danler, Sweetbitter centers on a young woman (Ella Purnell) who moves to New York City in search of a better life and ends up working in a high-end restaurant. The cast also includes Tom Sturridge, Caitlin FitzGerald, Paul Sparks, Evan Jonigkeit, and Eden Epstein.

Season two of Sweetbitter premieres on Starz on July 14th at 8 p.m. ET/PT. 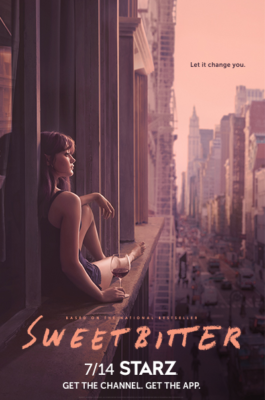 Santa Monica, Calif. —Starz, a Lionsgate company (NYSE: LGF.A, LGF.B), announced today that the delectable second season of STARZ Original series “Sweetbitter” will premiere Sunday, July 14th, at 8PM ET/PT on STARZ in the U.S. and Canada, as well as on the STARZPLAY platform in the U.K., Germany and Spain.

About Sweetbitter Season Two What comes after being new? Tess (Ella Purnell) has the job, and she’s ready to invest in it. She’s all in, but soon realizes she won’t survive at the restaurant if she doesn’t play the game. Tess finds her appetite awakened. She’s starving for knowledge but investing in this life means more than knowing the difference between wine from Bordeaux and Burgundy. Tess discovers that knowledge alone is not enough: she needs to be able to use it, to move from her head to her body. She needs experience.

Tess’s appetite carries her through a sexual awakening, a discovery of her voice, and, ultimately, a recognition of her own power. However, not everyone shares this hunger. Simone, Jake and Howard are all trapped, by both the restaurant and each other, leaving Tess to question what she wants from the restaurant, and what it wants from her.

In addition to Purnell, “Sweetbitter” stars Caitlin FitzGerald (“Masters of Sex”), Tom Sturridge (“The Hollow Crown”), Paul Sparks (“The Girlfriend Experience”), Evan Jonigkeit (X Men: Days of Future Past), Eden Epstein (“In Between Men”), Jasmine Mathews (“Blue Bloods”), and Daniyar (“Claws”). Stuart Zicherman (“The Americans”) returns as showrunner and executive producer along with Stephanie Danler, author of the bestselling novel of the same name, as creator and executive producer. Plan B also executive produces the series.