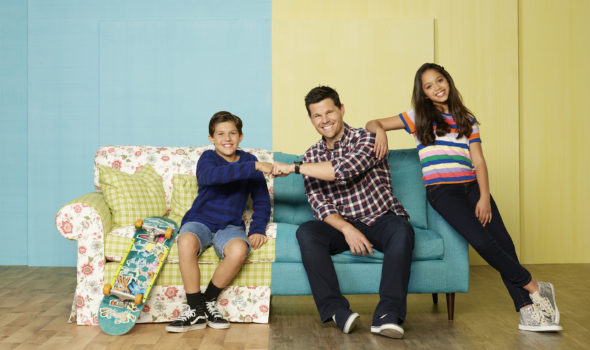 Are you getting maximum enjoyment from the first season of the Sydney to the Max TV show on Disney Channel? As we all know, the Nielsen ratings typically play a big role in determining whether a TV show like Sydney to the Max is cancelled or renewed for season two. Unfortunately, most of us do not live in Nielsen households. Because many viewers feel frustration when their viewing habits and opinions aren’t considered, we’d like to offer you the chance to rate all of the Sydney to the Max season one episodes here.

A Disney Channel sitcom, Sydney to the Max stars Ruth Righi, Ian Reed Kesler, Caroline Rhea, Jackson Dollinger, Ava Kolker, and Christian J. Simon. The comedy centers on middle school student Sydney Reynolds (Righi), who lives with her single father, Max (Kesler), and his firecracker of a mother, in the house where Max grew up. No matter what Sydney is going through, Grandma Judy (Rhea) can usually relate it to a story about young Max (Dollinger)].

What do you think? Which season one episodes of the Sydney to the Max TV series do you rate as wonderful, terrible, or somewhere between? Should Disney Channel cancel or renew Sydney to the Max for a second season? Don’t forget to vote, and share your thoughts, below.