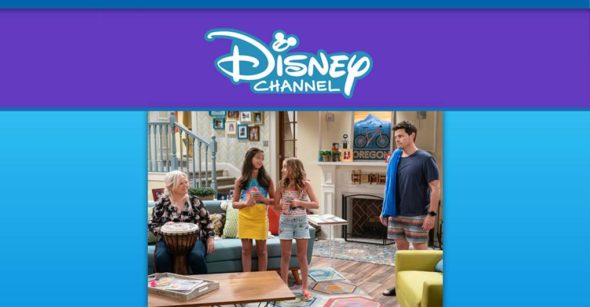 Disney Channel has a new comedy! Today, the network announced production has begun on their new TV show, Sydney to the Max.

Syndey to the Max is slated to premiere on Disney Channel in 2019.

Production has begun on “Sydney to the Max,” a daughter/father comedy series created by Emmy(R) Award-nominated writer, showrunner and executive producer Mark Reisman (“Frasier,” “The Exes,” “Wings”). The multi-camera series is scheduled to premiere in early 2019 on Disney Channel.

A heartwarming and sentimental comedy, “Sydney to the Max” centers around the experiences of a sociable, goodhearted middle schooler named Sydney Reynolds and her protective, doting – and sometimes clueless! – single dad Max as they navigate the challenges of growing up. Set during two timeframes, decades apart, flashback scenes to young Max and his best friend Leo in the 1990s parallel many of the funny predicaments Sydney and her BFF Olive get themselves into. VHS camcorders, bleached skater hair and other ’90s-defining “relics” aside, Sydney and Max come to realize, aided by Sydney’s kicky grandmother Judy, who’s well-versed in Max’s childhood antics, that they have more in common than either realizes.

Jonas Agin, vice president, Original Series, Disney Channels, said, “With ‘Sydney to the Max,’ Mark Reisman has given us a series full of heart, humor and honesty. On one level, it explores the beautifully complex relationship between a girl and her father and a boy and his mother. On another level, by existing in two distinct eras, it highlights how the smallest experiences of childhood have the biggest impact on who we become – and how every generation, despite its unique challenges, is filled with the universal truth that kids will always face the same joys, fears and excitement as their parents did. We couldn’t be prouder to have this as our next series on Disney Channel.”

“Sydney to the Max” is a production of It’s A Laugh Productions, Inc.”

What do you think? Do your kids watch Disney Channel? Will they be interested in Sydney to the Max?

So they cancel girl meets world for this bad idea