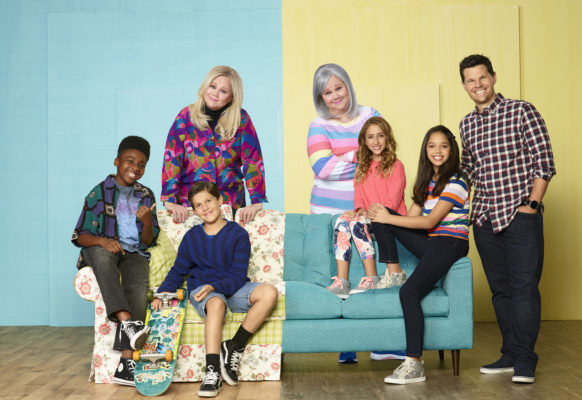 TV show description:
A family sitcom from creator Mark Reisman, the Sydney to the Max TV show centers on middle school student Sydney Reynolds (Righi). Sydney lives with her devoted (if over-protective) single father, Max (Kesler), in the house where he grew up.

Sydney and Max aren’t all alone in the world, though. They also live with his firecracker of a mother, Sydney’s Grandma Judy (Rhea), who always has some nugget of wisdom to pass along, as well as crystal-clear memories of teenaged Max (Dollinger).

No matter what Sydney and her best friend, Olive (Kolker), are going through — from fashion follies, to taking a stand, to just plain old adolescent angst — Max and his friend, Leo (Simon) probably went through some 1980s version of it too, which is shown in flashbacks. Despite coming of age in vastly different decades, as Sydney and Max realize how much they have in common, they grown even closer.

What do you think? Do you like the Sydney to the Max TV series? Should this Disney Channel TV show be cancelled or renewed for another season?

I love this show, and the cast that work so well together. Losing this show would be likened to losing a family member. The flashbacks add a wonderful dimension which opens many avenues to explore. I hope this series will continue as it will surely be missed by myself, and my friends.

Sydney To The Max is my favorite show it is amazing I love it. Ruth Righi is a great and beautiful actor.