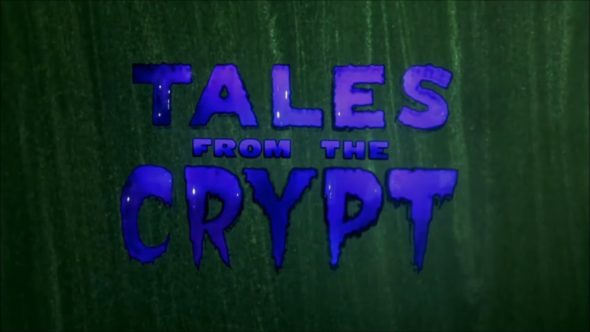 It looks like Tales from the Crypt won’t be resurrected after all. Deadline reports TNT’s planned revival series has been cancelled.

From M. Night Shyamalan, the new Tales from the Crypt was going to be similar to the original anthology TV show and feature a self-contained horror story each week introduced by the legendary Cryptkeeper. The network had ordered 1o episodes of the reboot series.

Unfortunately, the revival got caught up in several legal issues and TNT ended up scrapping the new Tales from the Crypt altogether.

That one got really caught up in a complete legal mess unfortunately with a very complicated underlying rights structure. We lost so much time, so I said, ‘Look, I’m not waiting around four years for this thing’. Maybe that will come back around but in the meantime, Ridley Scott had come up, who has so much creative enthusiasm.”

What do you think? Are you a fan of the original Tales from the Crypt series? Do you still want a revival?

AWWWWWW come on air Takes From The Crypt for it will give TNT a rating again so that folks might start watching the awful shows on your network that might be on before or after Takes From The Crypt is on ?????? OH Give it a try you got nothing to loose but you just might gain some new watchers of TNT ??????

Oh, come on! It would’ve been better than the original series. They just need to find another network to give it a green light. Just move all 10 scripts for the brand new episodes from TNT to another channel, please.

I was looking forward to this. Too bad. I guess it was more important to renew Good Behavior with its brutally disgusting ratings than try something new that might do well.

Good. Let’s do the same for all reboots, revivals and remakes.

Why can’t we all just get along? I mean, it’s for the greater good, right?!!

You cannot be serious for cancelled that show horror show. If you unable to put back on schedule, the other channels will pick up the pieces.

I was really looking forward to seeing my Cryptkeeper again. I hope another channel will pick Takes From The Crypt up. I’m sad.