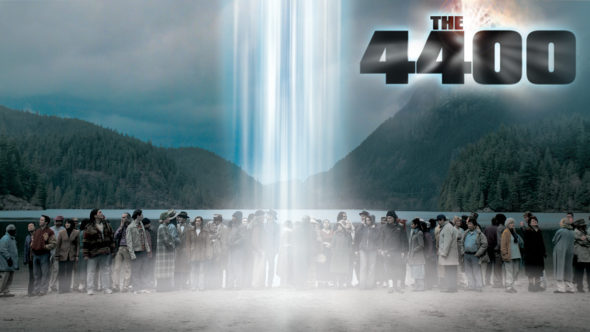 After more than two years in development, a reboot of The 4400 TV series has been ordered by The CW.  The network gave the remake a straight-to-series order, meaning that a pilot has not been produced.

Airing on USA Network from July 2004 until September 2007, The 4400 series stars Joel Gretsch, Jacqueline McKenzie, Mahershala Ali, Laura Allen, Patrick Flueger, Megalyn Echikunwoke, Chad Faust, Kaj-Erik Eriksen, Samantha Ferris, Jenni Baird, Brooke Nevin, Conchita Campbell, Karina Lombard, Billy Campbell, and Peter Coyote. The story begins as a mysterious ball of light deposits a group of exactly 4,400 people near Mount Rainer in Washington state. These people had all previously disappeared in a beam of light, starting as far back as 1946. None of them have aged since their disappearances nor do they have any memory of where they’ve been.

The original 4400 series aired for four seasons and 44 episodes. The series was cancelled in December 2007, reportedly due to low ratings, budget costs, and the ongoing Writers Guild strike. As you might expect, the drama series ended with a cliffhanger.

The new version of the series comes from co-executive producer Ariana Jackson, Laura Terry, and Anna Fricke. The latter recently rebooted Walker, Texas Ranger for the CW. Jackson wrote the script for the reboot. Deadline reports:

In The 4400, 4400 overlooked, undervalued, or otherwise marginalized people who vanished without a trace over the last hundred years are all returned in an instant, having not aged a day and with no memory of what happened to them. As the government races to analyze the potential threat and contain the story, the 4400 themselves must grapple with the fact that they’ve been returned with a few…upgrades, and the increasing likelihood that they were all brought back now for a specific reason.

There’s no word yet as to when the new version of The 4400 will premiere.

What do you think? Did you watch the original version of The 4400 TV series? Do you plan to check out this reboot on The CW?

They need to close out the original first! Season 4 had one of the best cliffhanger endings I’ve ever seen and fans deserve an ending to the original story!

Could not be happier. Just watched all 4 seasons on Netflix and that left me wanting more! When will it be back? Are some of the original actors and characters coming back?

We never knew if he took the shot or not or if Alana will come back and what about Ben?

I binged on it for 2 weeks. It was so good. I was hooked. I stayed up late watching it.

Looking forward to the continuation of the series!

I wonder who they will cast. It’s been 14 years.

I called out of work to continue watching the series! It’s so addicting! I can’t believe it was canceled! Please continue it! It’s an amazing show. One very very long interesting, intriguing, unpredictable movie!

During quarantine I found myself streaming Netflix and prime, I found so many great series that I don’t understand why they put it out if it’s not finished! So please don’t do it over!!! Continue it

PLEASE, PLEASE, PLEASE BRING BACK 4400! It is a great story that doesn’t deserve to end the way season 4 did.

Yes, definitely bring it back!!!

I want to see season five of the 4400! I don’t care if it comes on the CW app or Netflix and there’s talk about a remake I don’t know if that something I’m going to like watching I’m just like anyone else that is a big fan of the 4400 we want to know what happened and why so season five needs to come out!