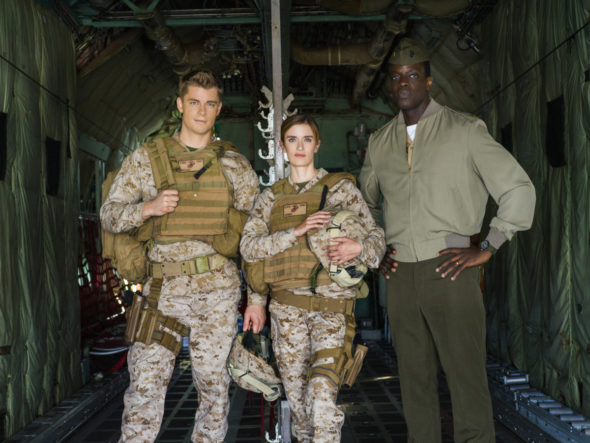 This was a good show about real military situations at garrison duty. The cancelation should be reconsidered.

The is one of the best military law shows on tv. Witty charismatic and great story lines. This show needs to stay on television. It has very likable characters. Please re consider your cancellation of this great show.

Love the intelligent and well written and acted show. It brings us a new perspective of the military and law. Please don’t cancel!

I have really enjoyed the 1st season of The Code. It brings a different side of law and the military to us. Also, I love seeing Ms. Delaney back on the small screen. Please keep it on!!!

Good acting, great writing and interesting characters dealing with topical issues without being heavy handed (most of the time). It seems intelligent TV has given way to shows with more fanciful content. I expected to see it back. At the very least it should have been put on a rerun summer schedule to pick up steam and so other viewers could find it.

It’s getting to the point were the good shows get taken off after the first season and the junk stays on. I liked “ The Brave” got taken off. The Code is a good show watched it every show and waiting for the next now it’s gone. It’s at the point were I don’t want to much TV just because of all the crap that’s on. It’s like the people who are TV today just like crap and nothing that’s funny and entertaining anymore. I am not a prude but come on people are just watching crap anymore and keeping… Read more »

very informative show. I looked forward to it. Probably too academic for most so it was cancelled

I like the CODE it is a good show.hi

The code was one of the best shows there is. It seems like they always cancel the good ones it’s a shame.

I know Isn’t that sad. I was looking for it every week.