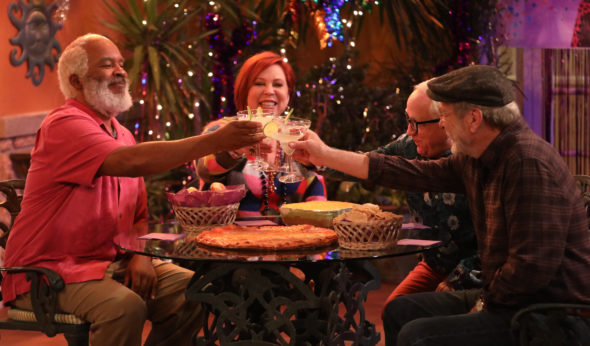 Hank, Charlie, Margaret, and Sid are finished causing trouble at the Shady Meadows Retirement Community. The Cool Kids TV show has been cancelled so there won’t be a second season.

The first season of The Cool Kids on FOX is averaging a 0.85 rating in the 18-49 demographic and 4.27 million viewers.

Compared to the other FOX TV shows of the 2018-19 season, the sitcom is a middle-of-the-road performer. The series started out really strong but the ratings lost steam as the season progressed.

What do you think? Do you like The Cool Kids TV show on FOX? Would you have watched season two during the 2019-20 season?

Finally a comedy that made us laugh love the cast. How was the show that we like it’s canceled and then you keep the stupid ones

Loved this show, we looked forward to it every week and was very surprisd that it was cancelled!

Yes, I loved cool kids. I liked all the actors and actresses in this sitcom. It was a 5 star for me. I am in my 60’s so maybe that’s why, but I can’t be the only one! Please bring it back!

Absolutely; one of the funniest shows on tv…..bummer
My husband and I have been waiting for its return