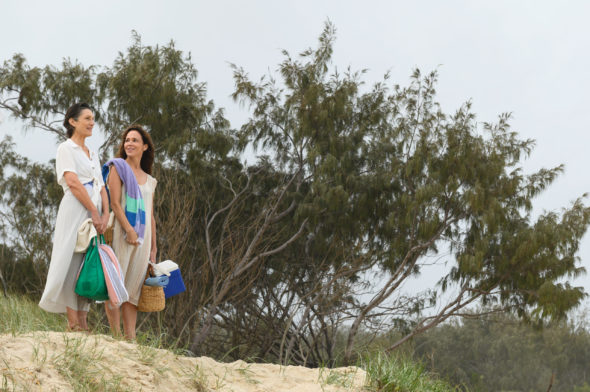 It’s The End for Showtime. Frances O’Connor and Harriet Walter star in this new dark comedy TV show. The End series will arrive on the cable network next year with 10 half-hour episodes.

Showtime revealed more about the upcoming TV series in a press release.

SHOWTIME has picked up the 10-episode first season of THE END,a half-hour dark comedy series starring Emmy nominee Harriet Walter (Succession, The Crown, Killing Eve) and Golden Globe nominee Frances O’Connor (The Missing, Mansfield Park). In THE END, three generations of a family living with separate but intersecting obsessions – trying to figure out how to die with dignity, live with none and make it all count. The series is scheduled to premiere on SHOWTIME in 2021. A co-production between Sky UK and Foxtel Australia, the series was created and written by Samantha Strauss and is directed by Jessica M. Thompson and Jonathan Brough. The announcement was made today by Jana Winograde, President of Entertainment, Showtime Networks Inc.

O’Connor plays Dr. Kate Brennan, an Australian-based specialist in palliative care. Euthanasia is a hot-button topic in Kate’s field of work, and she is passionate in her opposition. On the other side of the world, Kate’s mother Edie Henley (Walter) feels just as strongly about her right to die. Kate has little choice but to ship Edie out from England and deposit her in Australia’s Gold Coast in a nearby retirement community – Edie’s worst nightmare. While Kate struggles with her own problems, her children, one of whom is a teenage trans boy, are trying to work out who they are and who they want to be. THE END is a story about family, ethics and emotion, and mostly how it’s never too late to start again.

THE END is a funny, messy look at a family across the various stages of life — teenage to middle age to old age — and the unique challenges each stage brings,” said Winograde. “At times whimsical, sad and incredibly life-affirming, the series demonstrates people’s ability to change – and how even those who never believe they can be happy again can find their way back. With such strong writing and acting, we are thrilled to be able to give THE END a beginning with SHOWTIME viewers.”

What do you think? Are you going to check out The End on Showtime in 2021? Are you a fan of dark comedies?

Because what America needs right now is comedy that is dark! Don’t we have the news for that?