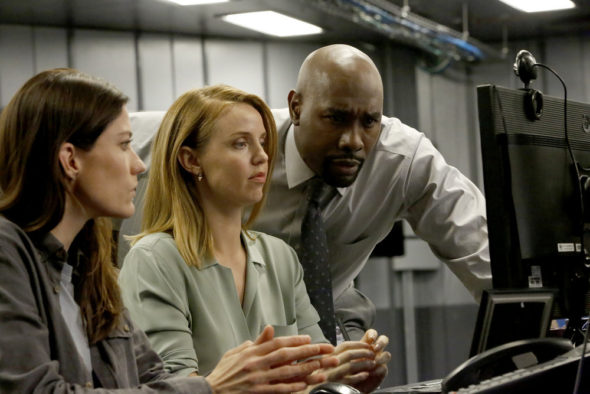 How’s the partnership between Erica Shepherd and Will Keaton shaping up during the first season of The Enemy Within TV show on NBC? As we all know, the Nielsen ratings typically play a big role in determining whether a TV show like The Enemy Within is cancelled or renewed for season two. Unfortunately, most of us do not live in Nielsen households. Because many viewers feel frustration when their viewing habits and opinions aren’t considered, we’d like to offer you the chance to rate all of The Enemy Within season one episodes here. *Status update below.

What do you think? Which season one episodes of The Enemy Within TV series do you rate as wonderful, terrible, or somewhere between? Should NBC cancel or renew The Enemy Within for a second season? Don’t forget to vote, and share your thoughts, below.

*5/30/19 update: NBC has cancelled The Enemy Within TV show after one season.

Intriguing and well thought out! The Enemy Within was a great show. Nothing else like it. I was really looking forward to season 2.

Every time I find a show I’m interested in it gets canceled. That really sucks I’m giving up on tv

I can’t believe this show was cancelled. It was one of the best shows on the NBC lineup. Always leaving you with , I can’t wait for next week. Bad choice not to renew this thrilling and suspenseful series.