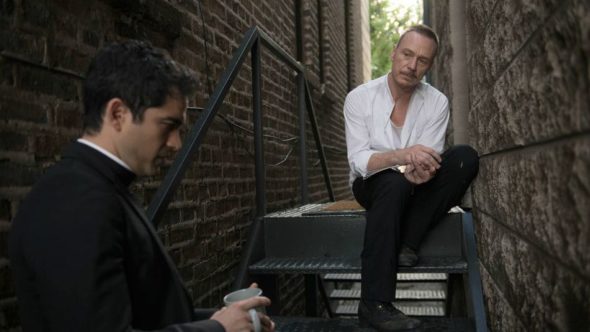 Renew superb series had me on edge of my seat

Please renew. It’s one of the best series out there for scary type shows. I like it better than the last few American Horror story seasons
At least it’s interesting and creepy to watch. It keeps me on my toes and I don’t like to watch it alone!

Keep it! I love what they’re doing with this show on television, and on network TV too yet! Great to have the psychological thriller and shock factor that this show has., without having to watch cable or Netfix, etc.

Keep it! The best show on Friday night. On any night! The twists are epic!

Keep it! The best show on Friday night. On any night! The twists are epic.

I love the show. I hope it won’t be cancelled.

I found the middle episodes lagging but the ones toward the end became more complex in the storytelling. How far will a network allow the writers to go with their vision of what they want to tell? I found the acting quite good, but given the current atmosphere of numbers must be high to get a second season. But to Fox’s credit, this network has given low rated series a second season where other network channels would have pulled the plug. So I’m going to give Fox a chance as they haven’t cancelled the show yet, have they?

Please keep! Love it! Same channel! Maybe different day or time but please don’t cancel and play at resonable time if you decide to move.

And this is why I don’t like to get involved with a network tv show. They always seem to can c El the good ones. I should of known better.

Love show! Please keep it or let netflex pick up ! Writers are doing awesome keeping it going from movie! Believe me my whole famy loves it.! We watch the exorcist for halloween every year as tradition! Love this show! Dont cancel! Promote more and give it a chance!!!!!!!!!

Awesome show but like so many other people I don’t have cable anymore I did away with it I stream to my TV Hulu Netflix Amazon Prime so do you take into account those viewers? Great actors great story line especially making Geena Davis the original Reagan from the movie it’s awesome and then it was preempted by a baseball game when it first came out and now again I was looking forward to watching it all week on Hulu and it looks like it didn’t play tonight November 18th 2016 please don’t cancel this take into account people that… Read more »

Please keep it every time I find a show I really like they cancel it.