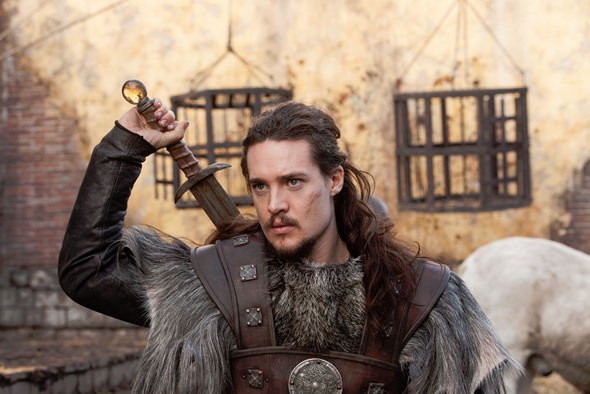 The Last Kingdom has been renewed for a second season on BBC America. The network has not confirmed the renewal, but the author of the books that the series is based on posted the news on his Twitter recently.

So there WILL be another series of #TheLastKingdom The adventure doesn’t end!

While no word has officially come from BBC America, TV Series Finale previously reported that the executive producer of the series, Gareth Neame, was already planning the plot of the second season. Season one of the series ended in November.

Are you a fan of The Last Kingdom? Are you ready to watch more of the series? Tell us what you think.

Oh yes, this is an amazing series and really draws you in. I have now got the books 🙂
And as for Uhtred …. yum

This show is so true to the books and so incredibly well done I can’t wait to see Season 2. I hope bbc America buys a lot more episodes for Season 2.

loved the show so much went out and got 9 of the books in the series from the library; the show is very close to the books as it follows the main character through the years and left me totally in love with Uhtred character– really hope they keep it going a few more seasons, it brings to light lot of historical events and depictions and in today’s world we could all use a little more insight on the influx of new peoples into countries they now have to assimilate into–nothing new just a thousand years later….

Absolutely love this series!!!! Please give me more ☺

Absolutely. Very well done, so much better than shows on the big networks. Keep it up !

Thank you Netflix and BBC for bringing this very entertaining series to our home. Looking forward to Season 2!

Absolutely love it. Im hooked. My husband wasnt impressed when he first saw but didnt seem to leave the couch. Now i am rewatching season 1 again with him. Thank you Netflix.

I’m excited there will be a second season. I love this show (and Uhtred, what a gorgeous hunk of man flesh!)

great show keep it up

Can we see it in the USA?