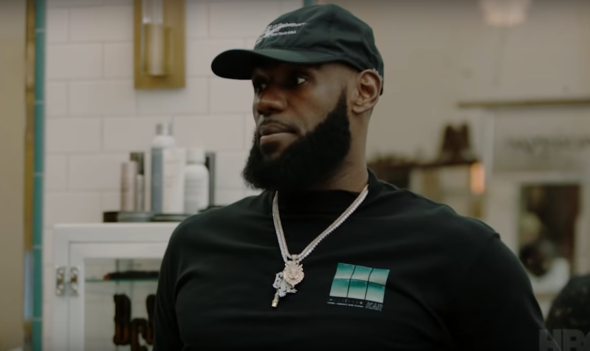 HBO is ready for a new conversation. Recently, the network announced their new TV show, The Shop, will premiere later this month.

The docuseries offers “unfiltered conversation and debate with some of the biggest names in sport and entertainment, the show will air periodically throughout the year.” Guests include LeBron James, Jon Stewart, Snoop Dogg, and Odell Beckham Jr.

HBO Sports, home to some of the most provocative, award-winning and engaging sports television programming, will collaborate with LeBron James and Maverick Carter’s award-winning digital media company, UNINTERRUPTED, to present the innovative, unscripted series THE SHOP, debuting TUESDAY, AUG. 28 (11:00-11:30 p.m. ET/PT) exclusively on HBO. Offering unfiltered conversation and debate with some of the biggest names in sport and entertainment, the show will air periodically throughout the year.

THE SHOP gives viewers an unprecedented barbershop experience, which for many provides a sanctuary for spirited, free-flowing discussions. The series will visit barber shops around the country to gather distinguished individuals who can speak honestly on sports, music, pop culture, world events, business and other culturally relevant topics.

“THE SHOP is exactly why we created UNINTERRUPTED,” says LeBron James. “Anyone who has been in a real barbershop, like the ones where I grew up, knows why this show can be so incredible. I’m really excited HBO believed in our idea and is helping us create something special.”

“LeBron James told us he wanted to create a place where athletes and artists can come together to share points of view freely,” says Peter Nelson, executive vice president, HBO Sports. “We are honored they want HBO to be the home of that conversation. We are pleased to partner with LeBron, Maverick Carter and UNINTERRUPTED on THE SHOP.”

THE SHOP will also be available on HBO NOW, HBO GO, HBO On Demand and partners’ streaming platforms.

For nearly two decades, HBO Sports has been responsible for some of the most compelling unscripted sports programming, with a stylish and contemporary approach keyed by unrestricted access. “Hard Knocks,” launched in 2001 in partnership with NFL Films, has won 16 Sports Emmy(R) Awards, and kicks off a new season Aug. 7, while the groundbreaking all-access reality franchise “24/7” has earned 18 Sports Emmy(R) Awards.

What do you think? Are you a fan of LeBron James? Will you check out his new HBO series?

To be honest the show is just a way for LeBron to express his ignorant political views with a group of yes men who won’t challenge him what so ever. If he invited guests who would challenge him I would say he’s trying to start a conversation or debate but the show does no such thing. The cussing is extremely forced especially on LeBron’s part, the show also shows us how immature this 30+ year old man truly is. I would encourage him to invite guests who would challenge his ignorant views but that would just expose him for who… Read more »

jacob u are a funny guy. appreciate this alot.