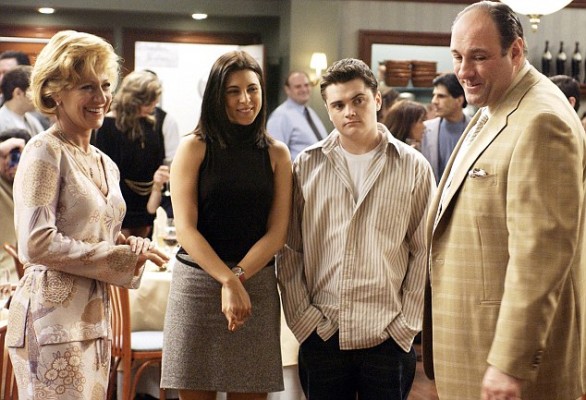 It’s official! David Chase’s upcoming Sopranos prequel film has been give a title and a premiere date, Deadline reports.

Titled Newark, the movie “is set in the era of the Newark riots in the ’60s, when African Americans and Italian Americans in the city were at each other’s throats. That clash became lethal when it spread to gangsters of each group.” The cast includes Alessandro Nivola, Vera Farmiga, Ray Liotta, Jon Bernthal, Corey Stoll, Billy Magnussen, John Magaro, and Michael Gandolfini.

Newark is slated to be released in theaters on September 25th, 2020.

What do you think? Are you a fan of The Sopranos? Will you watch Newark?

Still watching the reruns of the Sopranos, great show!!!

YES! The Sopranos the BEST shows on TV! Will any of the actors from the Sopranos be involved in the film?

No I never watch the sopranos

A theater movie?? Will most likely do better if it was on HBO…..