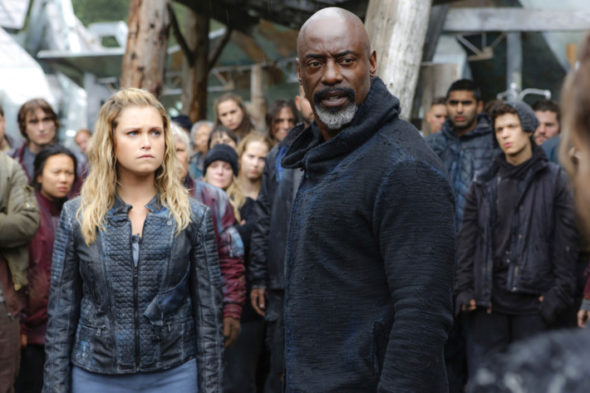 The sci-fi series centers on a post-apocalyptic group of survivors who believe their people are all that is left of mankind. The cast includes Eliza Taylor, Paige Turco, Bob Morley, Marie Avgeropoulos, Lindsey Morgan, Christopher Larkin, Henry Ian Cusick, and Tasya Teles.

Although The CW has not announced a season seven renewal for The 100, SpoilerTV says the show is set to begin production on a new season this summer in Vancouver.

What do you think? Do you watch The 100? Do you want a seventh season?

Season 5 provided a solid end to “Book 1” and I am beyond excited to see what the showrunners have in store for Book 2! Bring it.

Yes! renew The 100 for a seventh season. My family loves the show!