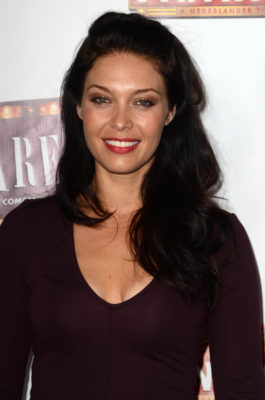 Alaina Huffman is staying at The CW. Deadline reports the Supernatural star has joined the seventh and final season of The 100.

The dystopian drama centers on a post-apocalyptic group of survivors, who believe their people are all that is left of mankind. When they return to Earth, they realize they aren’t the only ones. The cast includes Eliza Taylor, Paige Turco, Marie Avgeropoulos, Bob Morley, Henry Ian Cusick, Lindsey Morgan, Richard Harmon, Tasya Teles, and Shannon Kook.

On The 100, Huffman will be playing Nikki, “a bank robber and spree-killer who is both unpredictable and fierce. She will take on an unexpected leadership role, advocating for her people in the complicated new world of Sanctum.”

What do you think? Do you watch The 100? Are you excited for the final season?

I can’t wait to see the seventh season