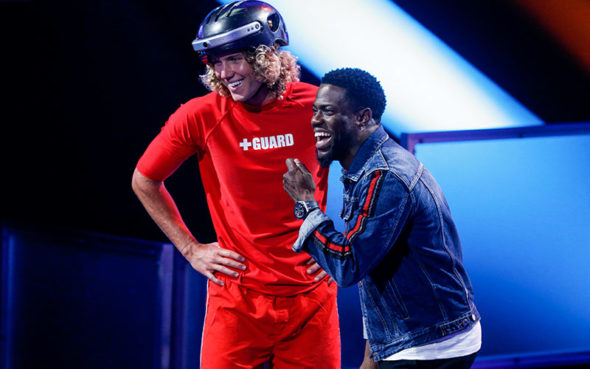 CBS is switching things around. This week, the network announced they are moving their new TV series, TKO: Total Knock Out, to Friday nights.

Hosted by Kevin Hart, the game show follows contestants as they race through obstacle courses to win a cash prize.

Beginning August 3rd at 8 p.m. ET/PT, TKO: Total Knock Out will now air on CBS on Fridays. You can read more details below:

TKO: TOTAL KNOCK OUT hosted by comedian Kevin Hart will move to Fridays 8:00-9:00 PM, ET/PT, beginning with its next episode on Friday, August 3, on the CBS Television Network. Also as of August 3, WHISTLEBLOWER will move to 9:00-10:00 PM, ET/PT.

Wednesdays, as of August 1

Fridays, as of August 3

What do you think? Have you seen TKO: Total Knock Out? Do you want a second season?

Love Kevin, love the show! My family and I watch it every week!

I’m sorry, but a total waste of time.