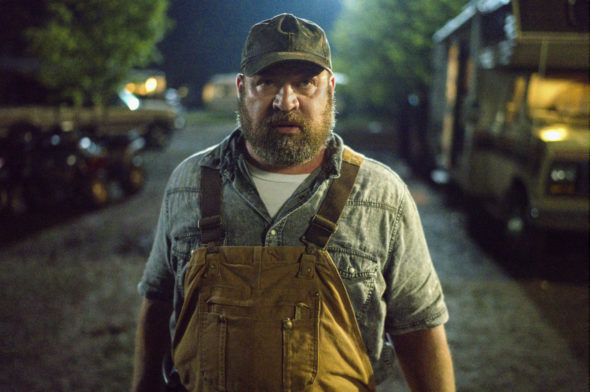 Manhunt: Deadly Games is making a move. The CBS series is moving to Saturday nights with back-to-back episodes starting this week, joining the long-running 48 Hours.

Under typical circumstances, this would mean that the show had likely been cancelled by CBS. With the ongoing pandemic, this is hardly a typical season. Manhunt: Deadly Games (the second season of the Manhunt series) has already run on Spectrum and was licensed by CBS to help fill out the schedule until the network’s regular shows could return. The series has yet to be cancelled or renewed for a third season on Spectrum. It seems unlikely that CBS would want to license the first or a potential third season but Manhunt could make for a good low-cost companion for 48 Hours.

CBS revealed details about the first episode for Saturday in a press release:

Land of the Noonday Sun – The FBI’s search for Eric Rudolph spins out of control as anti-government locals and Rudolph’s family push back. Also, Richard Jewell confronts his inner demons and calls a dramatic press conference, on MANHUNT: DEADLY GAMES Saturday, Oct. 24 (8:00-9:00 PM, ET/PT) on the CBS Television Network.”

Army of God – Local militias rally around Eric Rudolph and attack the FBI, leading the FBI to militarize and escalate to the brink of war. Also, Embry investigates and learns that Rudolph is not who he seems, on MANHUNT: DEADLY GAMES Saturday, Oct. 24 (9:00-10:00 PM, ET/PT) on the CBS Television Network.

This series has been averaging just 1.43 million viewers an episode.

What do you think? Are you a fan of Manhunt: Deadly Games on CBS? Will you follow the series to Saturday nights?

Love it! Not happy that we didn’t get to see the last two episodes cause of the US election coverage. Where can I see them now? I am Canadian.

CBS on demand there free

Loved the show !! But didn’t get to see the final 2 shows because of the Biden acceptance speach. Will they be aired so we can see the ending ?

I also really got into this show and regretfully really miss the last two episodes. I really hung on every scene and now there is no closure. Wonder if they will run the last two weeks. I saw no ads for this show and just ran into it by accident and totally enjoyed it.

Like it. Sorry they took it off for political show.
Show again please