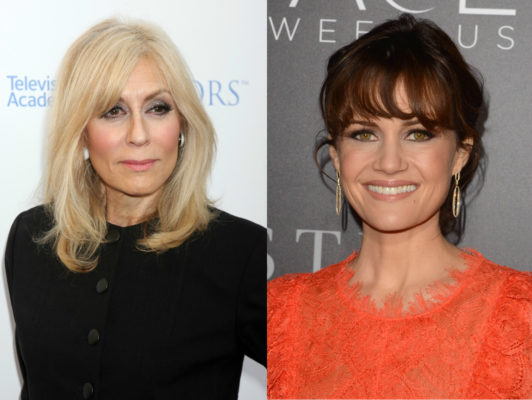 Season two of the anthology series “will chronicle one of the largest and most complex manhunts on U.S. soil — the search for the 1996 Atlanta Olympics Bomber, Eric Rudolph (Jack Huston) — and the media firestorm that consumed the life of Richard Jewell (Cameron Britton) in its wake.”

On season two of Manhunt, Light will be playing “‘Bobi’ Jewell, Richard’s mother who is astonished when her son is heralded in the national media as the hero of the Atlanta bombing.” Meanwhile, Gugino has been cast as “Kathy Scruggs, a hard-drinking, tough-talking crime reporter for Atlanta’s biggest daily newspaper who gets the once-in-a-lifetime scoop that Richard Jewell may be the Olympic Park bomber.”

Spectrum Originals has not yet announced a premiere date for season two.

The manhunt: deadly games, was fascinating. The script, the acting, was superior. It’s been a long time, that a series, captivated me so much. Cannot wait for season two.