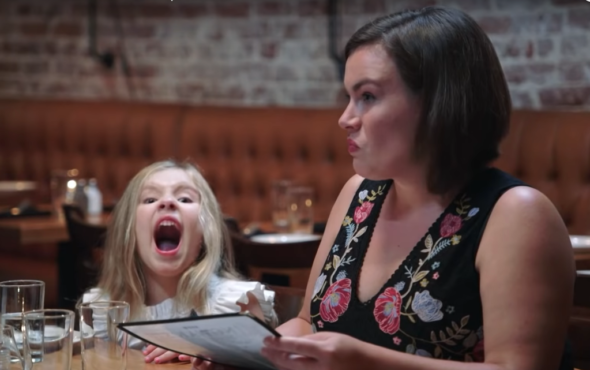 “I want to punch him.” Paramount Network just announced the premiere date for their upcoming Wife Swap series revival.

A reboot of the ABC TV show, the reality series “takes two families from very different walks of life and switches spouses to discover there is often more that unites us than divides us.”

New York, NY, March 7, 2019 – Wife Swap, one of the most provocative, successful and talked-about social experiments of the reality TV era, returns with 10 brand new, one-hour episodes on Paramount Network starting Thursday, April 4 at 9 p.m. ET/PT. Every week, in an America that often feels more divided than ever, Wife Swap takes two families from very different walks of life and switches spouses to discover there is often more that unites us than divides us. Wife Swap, a Banijay Group format, is produced by Banijay Studios North America.

“Wife Swap is an iconic international hit that’s more relevant now than ever,” says Keith Cox, President of Development for Paramount Network. “There are plenty of fireworks in each episode that audiences expect, but they’ll also be surprised as they watch these families learn about new lifestyles and choices to find resolution.”

Each episode of Wife Swap takes two families from very different walks of life and switches spouses, regardless of sex, to discover there is often more that unites us than divides us. The families will face contemporary hot-button issues such as politics, classism, gender and race with the end goal of finding common ground.

During each swap, the new spouses must at first adhere to exactly the same rules and lifestyle of the spouses being replaced – including homes, child-rearing, chores, hobbies, lifestyles and careers, before introducing their own ideas and beliefs into their new households. At the end, both couples meet face-to-face and discuss what they learned from the swap and how their new experiences will shape their lives, habits and homes in the future.

That show was garbage first time around, & will still be garbage when revived. Why revive garbage? I hope it tanks quickly, as it’s all phony anyway.