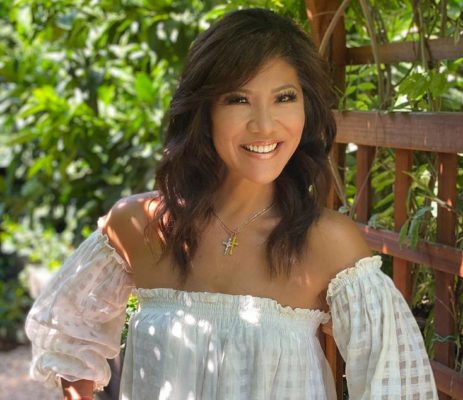 Despite the ongoing COVID-19 pandemic, a staple of CBS’ summer schedules is returning. The network has announced that season 22 of Big Brother will kick off on Wednesday, August 5th, at 9:00 PM with a special two-hour live move-in episode. The series will then air three nights a week for the rest of the season, typically Wednesday, Thursday, and Sunday nights.

This marks the 20th anniversary of the Big Brother program on CBS (it debuted in July 2000) and will be the second time that there’s been an all-star cast of returning houseguests. Julie Chen Moonves is back as the host.

Here’s the press release about the return of Big Brother to CBS:

The summer reality hit BIG BROTHER will debut its 22nd season with an All-Star cast who have one thing in common – they all have something to prove. The two-hour live move-in premiere event will air Wednesday, August 5 (9:00-11:00 PM, live ET/delayed PT) on the CBS Television Network.

This summer marks BIG BROTHER’s 20th anniversary since debuting on CBS Television Network on July 5, 2000. Season 22 is the second time in the series’ history to feature an All-Star cast, the first being in 2006.

BIG BROTHER will once again have three weekly episodes. Following the premiere, the series will air Sundays and Wednesdays (8:00-9:00 PM, ET/PT), and Thursdays (8:00-9:00 PM, live ET/delayed PT), featuring the live eviction show hosted by Julie Chen Moonves. The All-Star houseguests, including winners, finalists, legends, memorable personalities and some of the best to never win the game, will be announced closer to premiere.

The BIG BROTHER production will follow specific health and safety protocols for COVID-19 with the welfare of everyone involved as the highest priority. Houseguests will undergo a quarantine period prior to production and will be tested several times prior to entering the House. Once inside, they will be tested weekly during the season and have no contact with any crew members, and all supplies delivered will be disinfected. In addition, the live show will not have a studio audience.

All staff and crew members will be tested prior to commencing work on a regular basis, as well as screened daily for symptoms. They’ll be required to wear PPE and will work in pods to enhance social distancing. In addition, a COVID-19 compliance officer will be on staff to monitor and enforce all health and safety COVID-19 protocols.

Since its premiere on CBS in the summer of 2000, BIG BROTHER has continued to be one of television’s top-rated summer series in young demographics. Last summer, the Wednesday and Thursday episodes were tops in key demos among all broadcasts. In addition, season 21 of BIG BROTHER saw double-digit growth over the previous season in full episode streams across CBS digital platforms.

BIG BROTHER follows a group of people living together in a house outfitted with 94 HD cameras and 113 microphones, recording their every move 24 hours a day. Each week, someone will be voted out of the house, with the last remaining Houseguest receiving the grand prize of $500,000. BIG BROTHER is produced by Emmy Award-winning producer Allison Grodner and Rich Meehan for Fly on the Wall Entertainment in association with Endemol Shine North America.

What do you think? Are you a fan of the Big Brother TV series? Will you be watching the two-hour premiere?

SO EXCITED TO FIND OUT BIG BROTHER STARTS THIS WEDNESDAY!!!!!
SUMMER FINALLY OFFICIALLY STARTS THIS WEEK ♡♡♡
Finally some semblance of normalcy in the midst of covid, shut downs, national upheaval & unrest.

I am no longer a fan of big brothers

Can’t wait for the start of this summer’s Big Brother. I’m a total fan and watch every Big Brother since the beginning.

This is fantastic a summer with Big Brother is a staple of summer TV, Thank you CBS.. Having and bring back All-Stars is a great idea, the knowledge and tricks that each All-Star has makes the house All-Stars that much more conniving and back-stabbing… I CAN’T WAIT… Expect the unexpected….

Thanks CBS for yet another totally trashy show that we can avoid.

I can’t Wait for the premiere of the show again. I love it to death I am so curious how this season’s going to play out.