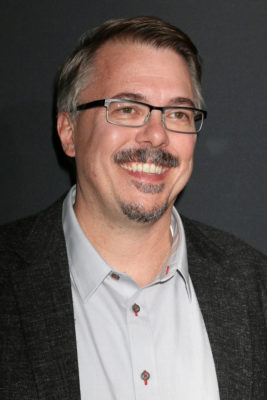 Vince Gilligan is moving on up to the big screen. Deadline reports the Breaking Bad/Better Call Saul creator is working on a new film.

Few details have been released concerning Gilligan’s new movie project. However, The Wrap reports the film will be related to Breaking Bad. Star Bryan Cranston confirmed the news on “The Dan Patrick Show,” saying:

Yes, there appears to be a movie version of ‘Breaking Bad.’ But I, honestly have not even read the script. So I couldn’t tell you.” He did admit that he’s spoken about it to series creator Vince Gilligan, who is developing it with Sony Pictures, which produced the series for AMC. “If Vince Gilligan asked me to do it, sure, absolutely. He’s a genius.”

What do you think? Are you a big fan of Breaking Bad and/or Better Call Saul? Will you check out Vince Gilligan’s new movie?