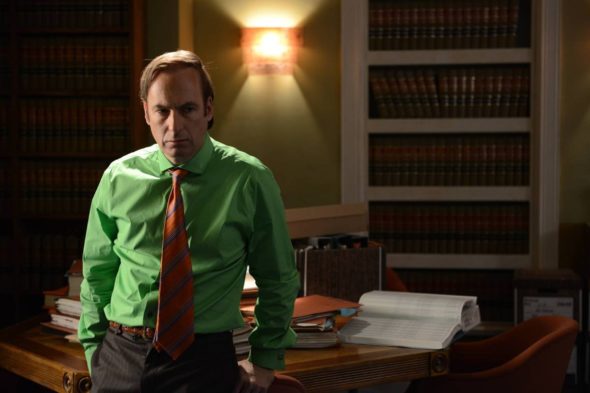 As reported earlier, Breaking Bad creator Vince Gilligan was working on a follow-up film centered on Aaron Paul’s character, Jesse. Now, it looks like the movie’s almost finished. Speaking to THR, Odenkirk revealed the AMC/Netflix movie has already been shot:

I don’t know what people know and don’t know. I find it hard to believe you don’t know it was shot. They did it. You know what I mean? How is that a secret? But it is. They’ve done an amazing job of keeping it a secret.”

The Breaking Bad movie is set to premiere on Netflix and AMC in 2020.

What do you think? Are you a fan of Breaking Bad? Will you watch the follow-up movie?

I’m kind of surprised that it’s considered news that the Breaking Bad film has already been shot – I mean, it’s scheduled to be on Netflix in October so obviously they weren’t going to film it in the next few weeks!

I presume there will be “flashbacks”? Everyone died except Saul, Skyler, and Jesse.

I think this might be one of those times where they should let sleeping dogs lay,if they would have come out with a movie 1 maybe 2 years after the series finale it would’ve most likely been better than it probably is & people still had interest,anytime they make a sequel or prequel & it’s not done within say 3 years (4 tops) they suck,every single time….stop being so f#ckin greedy & move on

Such good news. Will be totally looking forward to the movie. In the meantime I’ll be watching Better Call Saul to get my Odenkirk fix.

So why the holding back on the premiere? And was Bob O not in the movie? He kept repeating “they” did this or that, not “we”.

Saul went into hiding at the end of the series so unless there are flashbacks or something I don’t know how he could be in the movie. Same goes for Walt.