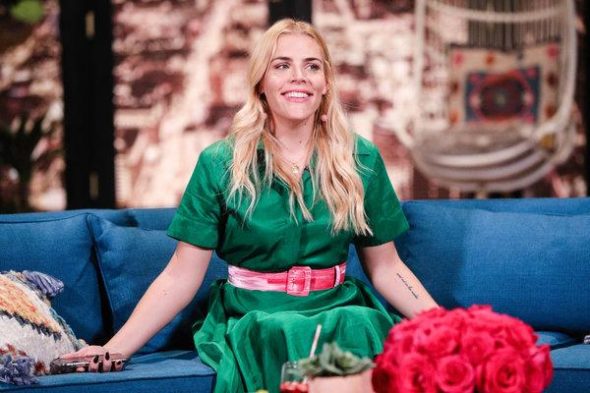 Is Busy Tonight done for good? Deadline reports E! has cancelled the TV show after only one season.

On Instagram, Philipps revealed Busy Tonight will not be returning to E! for a second season. The show will air its last episode on the network on May 16th.

However, there may be hope for fans of the series. Philipps said she is shopping the talk show to other outlets and wants to continue. Read a transcript from Philipps’ post below:

Here’s the thing, you guys. My show, Busy Tonight is not going to continue on E! after May 16th. They decided not to pick it up. Look, we’re meeting with people and seeing if there’s another place that makes sense for it to go. Because I would like to continue doing it. We would all like to figure out a way to continue to make it. It’s wild because we’ve only been doing the show for a relatively short period of time. In that time, I feel we’ve been able to accomplish so much creatively and I guess culturally and I think we’ve had a real point of view. I’m so proud of all of the things we’ve been able to do and I feel the show is really successful in that way but I don’t know what to say.”

An E! spokesperson notes, “Busy Tonight last episode for E! will air Thursday, May 16 with a special celebratory half-hour. Busy is a hilarious and charismatic talent and we are grateful to the entire Busy Tonight team who has delivered countless laughs and heartwarming moments in what will be over 100 episodes.”

What do you think? Do you watch Busy Tonight? Do you want another season?

Awesome show. Someone smart will pick it up. We love you Busy!

Very sad day. I did not know. Someone smart will pick it up. We love you Busy!!!

You really don’t go outside?

This sux i thought she was doing awesome job im sad

This show is really fun and Busy is so adorable!!! Her guests are AWESOME…
AND we get to hear her sing a lil bit too which is always enjoyable!!! I really hope E! changes their mind, or some other channel that realizes Busy Phillips is worth the airtime picks her up

I love this show! Hope it gets picked up on another outlet. Busy is beautiful, smart and funny!!!

Tried the 1st couple episodes of week 1. Host/guests didn’t keep my attention, so stopped watching. Unrealistic expectations by me as I still want a “Chelsea Lately” show on E!