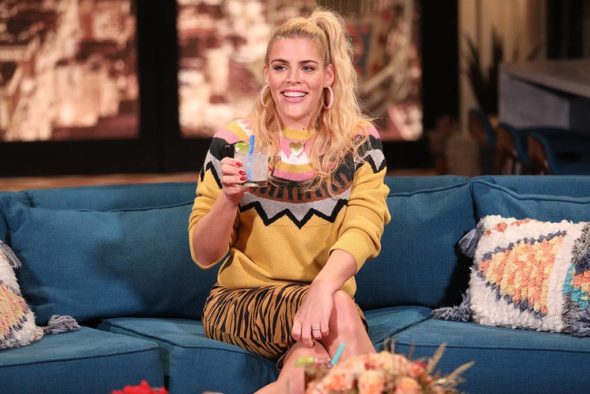 Why was Busy Tonight cancelled? Recently, host Busy Phillips spoke with The Hollywood Reporter about why E! cancelled her TV show.

Even though E! cancelled Busy Tonight back in May, Phillips thinks there’s still a chance for a series revival:

I really believed and still believe in my show, in Busy Tonight. And I know that we were incredibly creative and culturally successful, even though we were cancelled. Many cancelled shows are those things. I am just trying to right now figure out the best way to move it forward.”

And why did E! cancel Busy Tonight? Phillips says she wished she had more information:

I wish I would’ve known that I only had basically six weeks to get the ratings to where they had wanted them. I didn’t know. I wished I had had more information from the network in terms of what they needed and were looking for in terms of milestones and ratings and things.”

What do you think? Were you a fan of Busy Tonight? Would you watch a revival?

It was entertaining and fun, just as good as the other ones they keep Nightly Pop and the other one is silly fun to, so why cancel Busy!