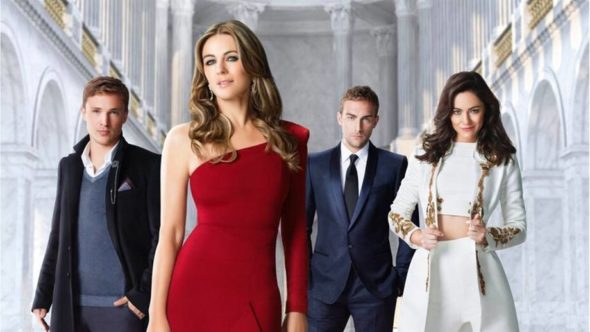 E! has overthrown the monarchy. Deadline reports the network has cancelled The Royals after four seasons.

Although E! has cancelled The Royals, there is still hope for a fifth season. According to Deadline, the show’s producing studio, Lionsgate TV, is shopping the series around to other outlets.

E! will not be moving forward with another season of The Royals, which launched in 2015 as the network’s first original scripted series. Over four seasons, The Royals took viewers behind the palace gates on a scandalous journey filled with twists and turns. We are grateful to the cast and our producing partners at Lionsgate and Universal Cable Productions.”

What do you think? Have you seen The Royals? Would you watch another season?

Somebody please pick this show up and after hopefully many more seasons, give this wonderful show a proper ending! You can’t leave us hanging like this!!!

I loved it and I can’t believe we are left hanging like this. Super disappointed that there’s no more episodes.

I’ve recently found this beautiful show only to find out it’s canceled!!!! There are so many scenarios that come to mind but nothing? Tragic! I loved it. So engaging. Now I have to watch it over and over again only to come to the same conclusion. Please! Please create more seasons! Don’t be a Robert! Be a Jasper!❤️❤️❤️❤️

It’s absolutely angering that a show like this gets cancelled with no consideration of the people who have been watching it! To just leave us all hanging without any kind of an ending! Where is the commitment to viewers and sense of obligation and loyalty?

Omg plz do a proper ending to this show! This is cruel to leave us hanging! This show was sooo amazing!

Can’t believe season 5 has been cancelled. Can’t leave us hanging like that. Just discovered this and binged watched it.