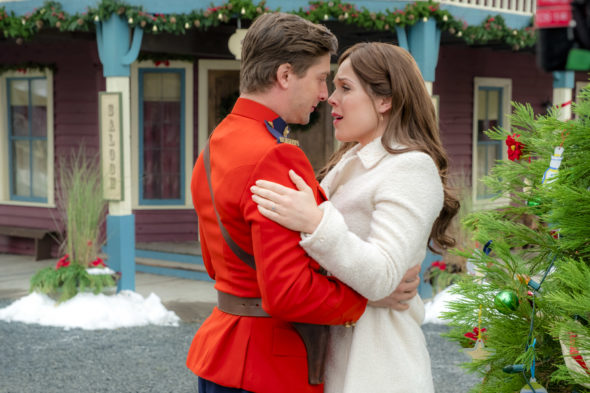 In seasons three and four, Hallmark Channel’s When Calls the Heart TV show rose significantly in the ratings. Can the Canadian-American TV series maintain or even further increase its viewership in the fifth season? Will When Calls the Heart be cancelled or renewed for season six, or will the story end here? Stay tuned.

Note: Though Hallmark promotes season five as premiering on Sunday, February 18, 2018 at 9:00pm ET/PT, the two-hour movie that airing in December 2017 has a season five production number, and Hallmark has included it as part of the fifth season on their website. It’s for these reasons that we’re listing the movie’s ratings as part of season five.

For comparisons: The fourth season of When Calls the Heart on Hallmark averaged a 0.28 rating in the 18-49 demographic and 2.406 million viewers.

What do you think? Do you like the When Calls the Heart TV series? Should it be cancelled or renewed for season six on Hallmark Channel?

3/21/18 update: Hallmark has renewed When Calls the Heart for a sixth season. Details here.

I have enjoyed each and every episode. It shows life as it was many years ago, people helping each other, through hard times. Pray that the world as it is today, will go back to that way of life.
It is a wonderful TV program. Please bring the series back.

I am disappointed to learn of Jack’s death in battle, especially before Igetto see the show on Netflix, but I do understand it’s his decision to explore other options in his acting career. When Calls The Heart is truly the ONE show that’s actually brought Daniel Lissing a rising name with his character as Mounty Jack Thornton that seems spellbound by the equally tender hearted school teacher Elizabeth Thatcher. I wish Daniel the best and look forward to seeing what the writers of WCTH show have planned to bring this devastating event full circle and keep Elizabeth from raising their… Read more »