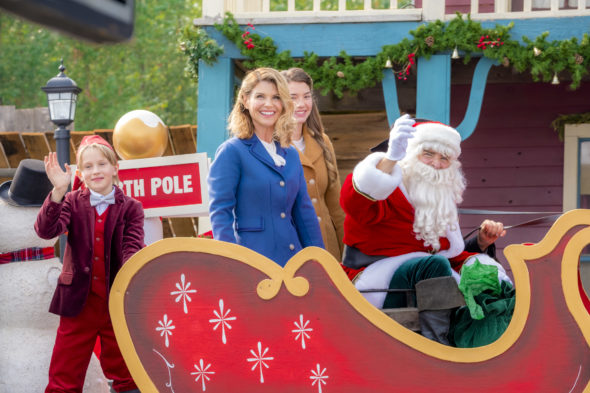 I don’t know if I will want to watch the show any longer. After being an avid Janette Oake reader, and knowing this isn’t how the story goes, I lost interest. Jack should not have been killed off! In her books, Jack and Elizabeth move to a new post, not separated from each other!! Bring Jack back please!!!!

“When Calls the Heart”. Very disappointing. Everyone is blond, blue eyed, beautiful. Even if the series, it is claimed,t strives to protect the integrity of the writer, such shows are one sided. They don’t reflect and respect human diversity. The last series introduced a few people of a different complexion but only for token value. What influence will “When calls the heart” have on little children of other races and complexions? The frontier people are so god fearing. Do they fear a god who only loves people of a lighter complexion? The series tried to cover up bias by introducing… Read more »

Love the show. Need to recast Jack! Accident could have altered appearance? memory? Please bring him back.

Yes, please renew for season 6 and please bring Jack back. This is one of the best shows on TV.

Love the show and the actors

It was so very sad to watch season 5 finale. I’m really sad Daniel Lissing felt he needed to leave. But I love shows like this and would love to see it keep going. Maybe Jack really isn’t gone???? Elizabeth will love again.

I love this series even Henry Gowin. It’s so nice to have a family show for my grandchildren and I can watch together. Thank you Hallmark!!!!!

Please keep the show on for another season. Where can you find such loving , kind, and warm characters. By the way where can I buy those coats ?

I can’t believe you really killed off Jack. Elizabeth will end up being pregnant and the children will have no father. What are you producers thinking. You have destroyed our children along with adults in our beliefs and true meaning of Love and Family. We will not be watching this program anymore. You have destroyed the best Character in When calls the Heart. You need to rethink what your viewers want. Despicable!!!!! Find a way to bring him back in season 6.

I also think you need to bring back the character of Jack like other have said you took the heart out of this program. He had a accident his face has changed and has lost his memory. You can most definitely have a cast call that looks similar and height and build . Since you knew that Daniel was leaving you should have asked the viewer what they want. You would have had a over whelming to re-cast Jack’s part. We are tired of hearing well we thought it wouldn’t work , we thought it through that veiws wouldn’t except… Read more »

PLEASE BRING JACK BACK, THIS IS A NIGHTMARE TAKING HIM OUT OF THE SHOW. I don’t want to watch if Jack is not back. You can come up with a way that the wrong man was killed.

What bummer! Why did you have to kill off Jack?

My look forward to watch every Sunday. My husband and I enjoy watching the good wholesome movie. Hallmark offers good and moral movies we like to watch. We’ll be looking forward to season 6 of When calls the heart !

Please don’t cancel this program, I have watched it from the beginning and enjoy it, as it goes on it just gets better. I have gotten my children to watch it as family time as well. If NCIS has been on for 14 years why not this program. In my opinion the plot, character’s and stories are as enduring and endearing as that of NCIS all of them. also with all the characters in the fictional town of Hope Valley why not use some of the other residents as a broader story line. Why not follow or use the pasts… Read more »

Sorry you killed Jack won’t be watching any more!

It was a wonderful movie, but Mr Landon has followed a pattern from the love come softly series. He always kills off the men, promoting families with out Dads. They will have to rename hope valley – Death Valley. There is only one married couple in the whole town .

Not watching since you killed Jack off.