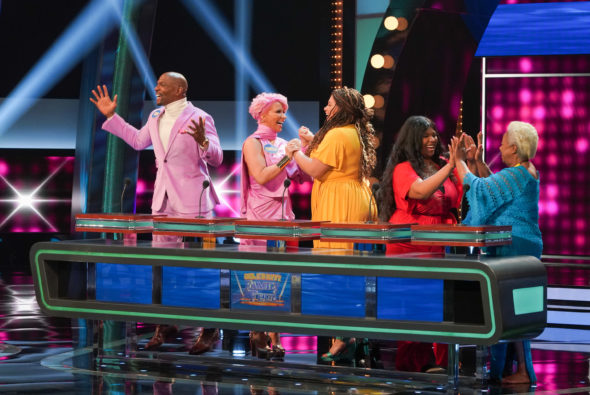 An ABC game show, Celebrity Family Feud is hosted by Steve Harvey. Just as on the original Family Feud series, celebrities and their family and friends try to guess the most popular answers to opinion surveys. The difference is, they’re playing for up to $25,000 for charities. Celebrity family teams competing in season five include: Team Teigen/Legend vs. Team “Vanderpump Rules”; Team Terry Crews vs. Team Karamo Brown; Team Black-ish vs. The Goldbergs; and Team The Chainsmokers vs. Team 5 Seconds of Summer.

Ugh, feel free to jettison this one!!!