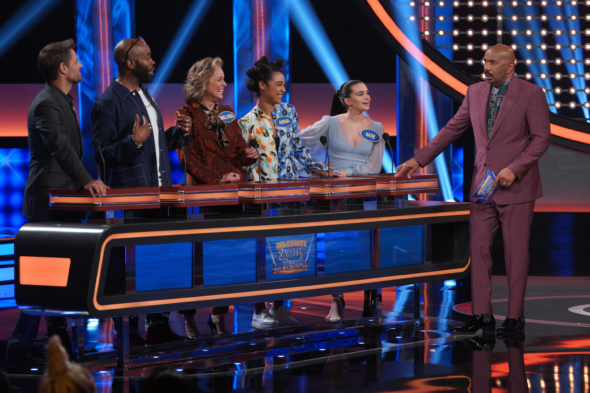 *3/28/21 update: Celebrity Family Feud has been renewed for a seventh season.

Steve Harvey is absolutely, hands down the best host for this show. Very funny!!!

The only game show I like. Very entertaining and worth a few good laughs.

I like Celebrity Family Feud but not crazy about the host. I think Wayne Brady or evening Chris Hart would be better. Harvey is way too silly.