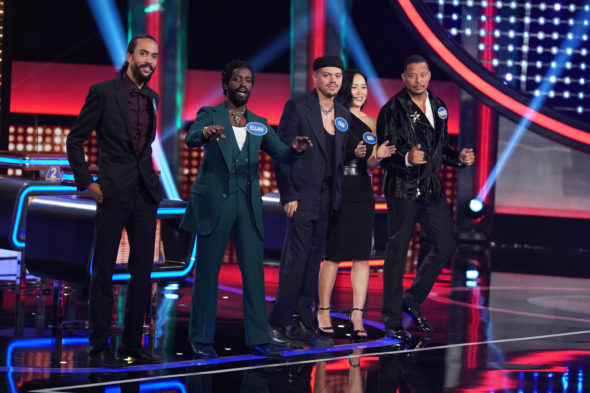 An ABC game show, Celebrity Family Feud is hosted by Steve Harvey. Just as on the original Family Feud series, celebrities and their family and friends try to guess the most popular answers to surveys of 100 members of a past studio audience. The difference is, in this version, they’re playing for up to $25,000 for charities. Contestants in season seven include Rob Lowe, Terrence Howard, Zach Braff, Donald Faison, Neil Flynn, Wendi McLendon-Covey, Patrick Warburton, Dee Snider, Terry Bradshaw, JoJo Siwa, Ross Mathews, and Loni Love.

*4/7/22 update: Celebrity Family Feud has been renewed for an eighth season on ABC.

The celebrity show takes away the joy of the show.

I really don’t like the celebrity shows, I would rather see every day people.

They mess up the new family Feud . They spit up all the family’s, Not very good. they need to put the game back to the way it was 🙁