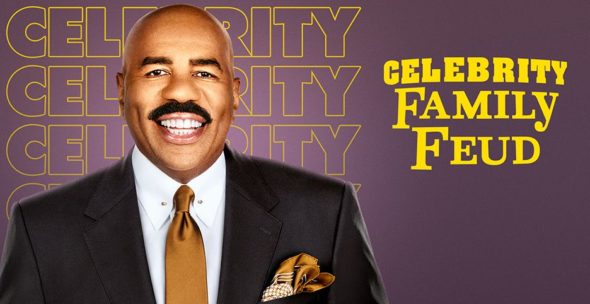 The original Family Feud game show has been around since 1976 and still airs daily in first-run syndication. How long will the celebrity version last on ABC in primetime? Will Celebrity Family Feud be cancelled or renewed for season seven? Stay tuned. *Status Update Below.

10/30 update: You can see the latest night’s ratings in context.

Note: Because ABC has broken season six up between the 2019-20 and 2020-21 broadcast seasons, the ratings are presented here in two different charts. The averages are included on the respective season charts (2019-20 and 2020-21).

For comparisons: Season five of Celebrity Family Feud on ABC averaged a 0.84 rating in the 18-49 demographic and 5.17 million viewers.

What do you think? Do you like the Celebrity Family Feud TV series on ABC? Should it be cancelled or renewed for a seventh season?

*3/28/21 update: Celebrity Family Feud has been renewed for a seventh season.