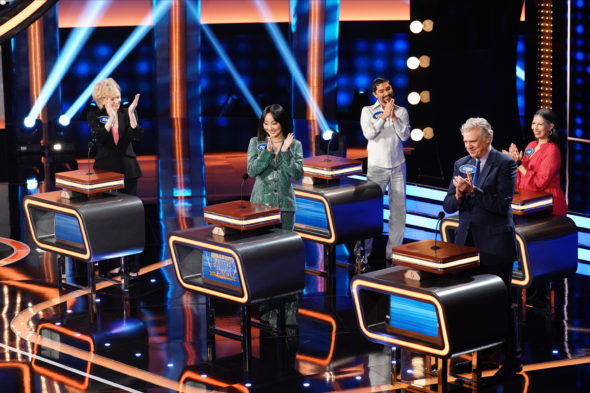 An ABC primetime game show, Celebrity Family Feud is hosted by Steve Harvey. Just as on the original Family Feud series, celebrities and their family and friends try to guess the most popular answers to surveys of 100 members of a past studio audience. The difference is, in this version, they’re playing for up to $25,000 for charities. Contestants in season eight include the friends and families of Amber Ruffin, Joe Lo Truglio, Thomas Lennon, Ron Funches, Meagan Good, Kal Penn, and Erika Christensen, as well as performers from Boyz II Men, Salt-N-Pepa, The Proud Family, Bel-Air, Saved by the Bell, High School Musical: The Musical: The Series, Never Have I Ever, Abbott Elementary, and Hacks.

No thanks. Seen enough of this show and Steve Harvey