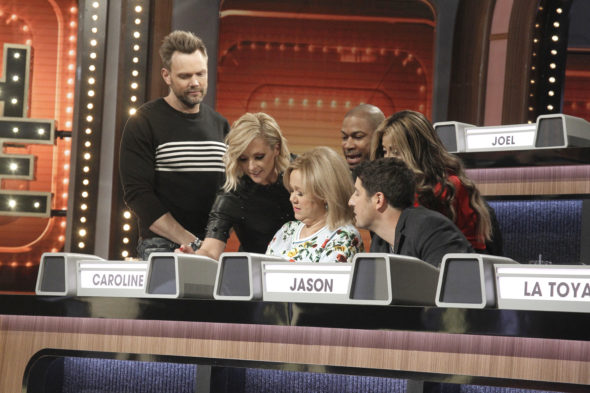 Is the fourth season of the Match Game TV show on ABC still all fun and games? As we all know, the Nielsen ratings typically play a big role in determining whether a TV show like Match Game is cancelled or renewed for season five. Unfortunately, most of us do not live in Nielsen households. Because many viewers feel frustration when their viewing habits and opinions aren’t considered, we’d like to offer you the chance to rate all of the Match Game season four episodes here. *Status update below.

An ABC game show hosted by Alec Baldwin, Match Game features contestants trying to match the answers to “fill in the blank” questions with as many celebrities as they can. At stake is a grand prize of $25,000. Celebrity panelists in season four include: JJoel McHale, Kenan Thompson, Jillian Bell, Tyler Hoechlin, Horatio Sanz, Sherri Shepherd, Ellie Kemper, and Jane Krakowski.

What do you think? Which season four episodes of the Match Game TV series do you rate as wonderful, terrible, or somewhere between? Should ABC cancel or renew Match Game for a fifth season? Don’t forget to vote, and share your thoughts, below.

PLEASE have a season five.
love it Funny Keeps you watching every week.

Antonio Lovari is the breakout contestant on Match Game this season. He needs to be invited on the panel.