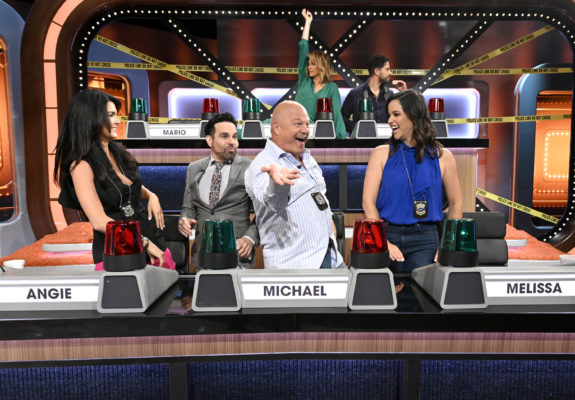 Which stars will be filling in the blanks in the fifth season of the Match Game TV show on ABC? As we all know, the Nielsen ratings typically play a big role in determining whether a TV show like Match Game is cancelled or renewed for season six. Unfortunately, most of us do not live in Nielsen households. Because many viewers feel frustrated when their viewing habits and opinions aren’t considered, we invite you to rate all of the fifth season episodes of Match Game here.  *Status Update Below.

What do you think? Which season five episodes of the Match Game TV series do you rate as wonderful, terrible, or somewhere between? Do you think that Match Game should be cancelled or renewed for a sixth season on ABC? Don’t forget to vote, and share your thoughts, below.

The original match game was the best game show on television. The new show would be much better with a different host. I will not watch it with him as the host.

They need to find someone better than Alec Baldwin

I know who maybe 25% of the so called stars are. Canned jokes not funny. Adam Corolla was great though.

Except for Mario Cantone, the show is good.