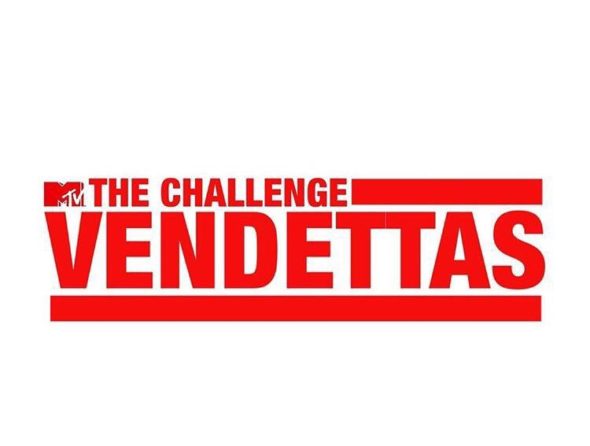 The Challenge is returning for another new season in January, and this time the contestants will take on their own personal vendettas. The Challenge: Vendettas will premiere on January 2.

MTV revealed more about the return of this series in a press release. Check that out below.

“MTV today announced The Challenge: Vendettas, will premiere on Tuesday, January 2. Twenty-eight players including stars from MTV UK’s Ex on the Beach and Geordie Shore along with contestants from Big Brother will join The Challenge fan favorites as they travel to Spain to pursue their personal vendettas against one another. And this season, for the very first time, every player is out solely for themselves, not their team. Only one winner will come out on top, competing to win the final prize that has the potential to exceed $500,000.

The winners of each challenge will receive money for their individual bank accounts, but once players are eliminated, their money is added to the final prize pot. In a major game twist this season, “Grenades” will be awarded to players surviving grueling elimination rounds, giving them a chance to get back at anyone else in the house they may have a vendetta against. With everyone out for themselves, stealing an entire bank account from another player, forcing players to be shackled together during another challenge or selecting players to stay up the entire night before a challenge, will surely shake up the competition and heighten the drama, doubt, and deception in the house.

Original “The Challenge” veteran Brad has his eyes set on another championship after winning “The Challenge: Cutthroat” 11 seasons ago.

After a questionable strategy that involved declaring a hit list against the vets at the beginning of “Dirty 30,” Cory created a Vendetta with the most notorious vet in the house, Johnny Bananas. With both of them returning to face each other this season, who will fall first?

This “Are You The One?” alum has made a name for himself by being consistently witty and always telling it how it is. Devin is the first to admit he’s not the fastest or physically strongest player in the house but instead boasts that his ability to manipulate and politic will lead a path to victory.

After being a part of the first season to unsuccessfully find their perfect match on, “Are You The One?” Eddie is eager to get some money in his pocket. Will Eddie be able to use his charm and stripper background to woo the competition?

The manipulative mastermind Johnny Bananas continues to hold the record for most “The Challenge” wins ever.

Joss Mooney, a fitness instructor, and model from the UK, joins his rookie season of “The Challenge,” without knowing what he’s about to step into.

Loud and outlandish British personality, Kyle Christie, is prepared to dominate the competition, while also getting with all the ladies in the house.

If there was one person who is most universally loved in “The Challenge” house, Leroy would be it. Always cracking jokes, Leroy is known to smile and ride coattails to the top.

This daffy Are You The One? alum is determined to prove that someone from his original show is capable of winning “The Challenge.”

Brit Rogan joins The Challenge after being stuck in a house with his exes on “Ex on the Beach.” Rogan is used to getting his way with the ladies, but will his twitter beef with fellow Brit Kyle prove to be his demise? Or will he flex and smile his way to a final?

This “Road Rules” veteran has seen his fair share of competition, and when it comes to “The Challenge,” Shane is not afraid to stir the pot and cause the most drama.

Eliminated just short of the final on “Dirty 30,” Tony intends to change people’s minds about him and score his first victory. Will there be a new Tony? Or will his Twitter drama with Brad boil over and tear his game apart?

Best known for scoring “America’s Favorite Player” during “Big Brother Season 18,” Victor is used to having to get his hands dirty in order to win.

Unfiltered and unafraid, Zach is amped to get a chance at another “The Challenge” championship. Will Zach be able to power through the competition? Or will he be left in the dust with no chance of making it to the top?

Not only is Alicia entering “The Challenge” house as a rookie, but she is also entering with a strong Vendetta on her back.

Eager to shed her reputation as a rookie, Britni blazes into this season firing on all cylinders. Not afraid to flirt with her roommates, Britni has her eyes on one returning vet, but their relationship will make some waves in the game.

With eleven seasons under her belt, Cara Maria is a force to be reckoned with. However, her admirable second place finish on “Dirty 30” meant making some enemies on the way.

With a loud mouth, big personality, and no “The Challenge” wins under her belt, Jemmye is antsy to get her first victory.

Certainly no stranger to conflict, Kailah enters the house this season with perhaps more Vendettas than anyone else. Will all the bridges Kailah has burned in her political game create Vendettas too difficult to overcome?

This outspoken “Are You The One?” alum enters her freshman season of “The Challenge” ready to leave her mark and shake things up.

Kayleigh may be new to the US audience, but she’s a familiar face in the UK. Will her bullying ways get her in deep trouble early on, or will she be able to make friends and a lasting impression?

Behind Marie’s girl-next-door charm is a devious and cunning competitor. Will Marie use her smarts to politic her way to the end of the game, or will heavy-hitting Vendettas eliminate her at their first chance?

Melissa, a former pageant queen, has a hard time keeping drama out of her life. Will Melissa be able to use her DJ skills to pump up “The Challenge” house up and keep herself in the game? Or will her cheating and devious ways make her an instant target and an early boot?

Natalie, a former NFL Cheerleader with a background in event coordinating, knows how to entertain and schmooze her way to the top.

Don’t let her small stature fool you – Nicole R. is just as feisty and headstrong as any other competitor.

She may only be in her sophomore season, but Nicole Z. has already made it to a final and established herself as one of the strongest girls in “The Challenge” house.

Both scrappy and sexy, Sylvia has proven she has what it takes to win but has yet to make it to a final.

After many years away from the series, the legendary Veronica returned to “Dirty 30” and reminded us all how she earned her reputation as one of the original “bad girls.”

Are you a fan of The Challenge? Will you check out the new season? Tell us what you think.