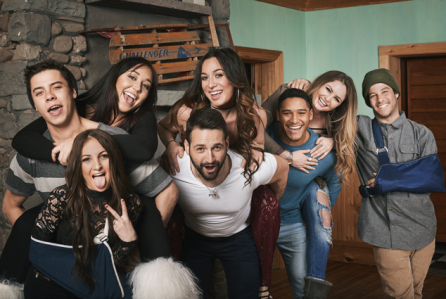 MTV revealed more about this new series in a press release. Check that out below.

“Fresh off MTV’s second consecutive quarter of YoY growth – its best streak in six years – the network will globally premiere Winter Break: Hunter Mountain. The new docu-series executive produced by SallyAnn Salsano will debut on Tuesday, February 27th at 10:30 p.m. ET/PT for an eight episode run in the US, followed by an international rollout.

One season out of the year, the East Coast becomes the “Ice Coast,” and the party moves from the beach to the mountains. Serving as a rite of passage for young people who want to get away for a winter break, Hunter Mountain is an idyllic ski resort that offers twentysomethings the chance to escape their regular lives, ski and snowboard their hearts out and mingle with other likeminded singles. “Winter Break: Hunter Mountain” will document the lives of eight young people who connect over their need to getaway — and the impact their winter together has on their lives.

Check out a preview for the series below. Do you plan to watch this new docuseries on MTV? Tell us what you think.

What happened to the series ? We saw one episode and then …..crickets….

Love the brave over seal team