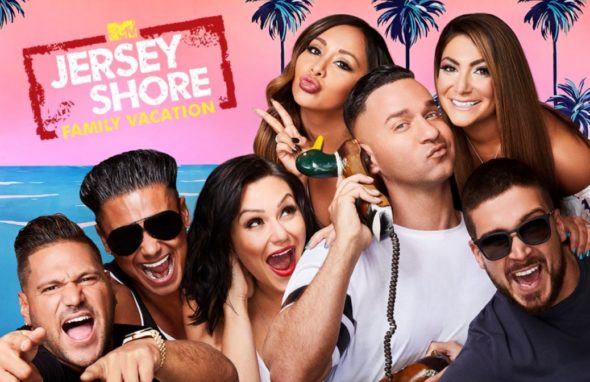 Jersey Shore Family Vacation is extending its stay. The series has renewed the reality series for a fourth season, even if Snooki is done with it, per TV Line. The season finale for the series aired last week.

MTV revealed the following about the renewal of Jersey Shore Family Vacation:

“On the heels of its highest-rated episode in nearly two years, MTV today announced a season four renewal of its powerhouse series Jersey Shore Family Vacation. Last week’s season finale delivered a strong 1.11 among P18-49 (LSD) and was the highest-rated episode since 2018. Additionally, the episode drew 1.7 million total viewers across L3, solidifying it as the #1 cable series on Thursday night.

The series continues to be a ratings juggernaut for MTV, ranking as the #1 cable series across all key demos in its time period throughout the entire season three run and showed substantial growth from last season’s average, which was up 9% (0.84 vs. 0.77) with P18-34.”

What do you think? Are you a fan of this MTV series? Will you continue to watch without Snooki?

I absolutely hate this show it’s very dumb and stupid they need to take it off the air honestly a lot of MTV shows are stupid! what happened to the music videos? MTV went from music videos to stupid reality TV shows!!

Cancel it? Just because you don’t like means what? That NO ONE should watch it? Wow.

I am glad that Jersey Shore will back for another season. I can’t wait to see what will happen in the new season.