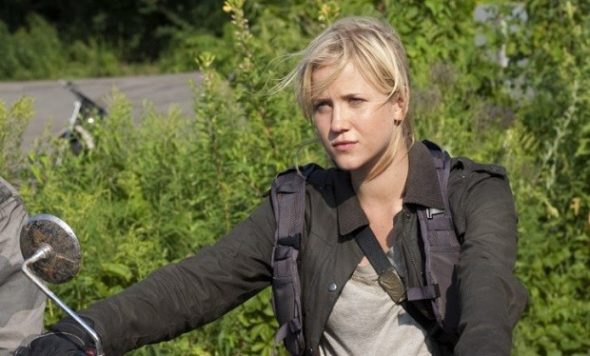 A new face will be walking the halls of Chicago Med during the second half of season five. Jessy Schram is joining the series in a recurring role. She will appear in in multi-episodes of the drama, per Deadline. Fans of Falling Skies, Last Resort and Once Upon a Time will recognize her.

Her role on the NBC series is described as follows:

“Schram will play Dr. Hannah Asher, a brilliant gynecological surgeon with a secret drug addiction. She does her best to pull herself together to be the most impressive and professional doctor she can be – but she’s always fighting her demons.”

Chicago Med will return from its winter hiatus on January 8.

What do you think? Are you a fan of Jessy Schram? Are you excited to her on the NBC series?

I’ve seen a few of Jessy Schrams movies and TV shows and always enjoyed her characters played. What can I say, I enjoy the Hallmark and Spielberg movies. I think she is a great addition to Chicago Med. They fooled me introducing her as a drug user and overdosing…WoW!(only because I read she’s a new Dr on Chicago Med). Looking forward to more episodes with her and how she is definitely going to fit in.

This show is getting so one sided that I probably won’t even bother to watch it anymore anyway.

I have stopped watching Chicago Med so it doesn’t matter to me who they add.

I watched her play a roll on Nashville. Very good actress. She should do well.

like the actress, tired of the “addiction” storyline in WAY to many shows.

Believe they should have retained original cast without firing key players and then replacing them with others. A strong ensemble cast is what makes great and enjoyable viewing (along with excellent storylines–which have been lacking over the last couple seasons). Not thrilled with new addition.